Apples are so commonplace that you no longer have to worry about whether they are really as healthy as the saying one apple a day keeps the doctor away suggests. At the same time, apples are massively underestimated. So today we will discuss Apples Health Benefits.

Apples Reduce The Risk of Disease

Many scientific studies confirm again and again that a diet rich in fruit and vegetables can significantly reduce the risk of chronic diseases. The reason for this preventive effect of fruit and vegetables is hidden in the high content of so-called phytochemicals (secondary plant substances).

These include, for example, polyphenols, flavonoids, and carotenoids. In the apple there are z. B. quercetin, catechin, kaempferol, hesperetin, myricetin, and phloridzin – all-powerful antioxidants with anti-inflammatory effects. 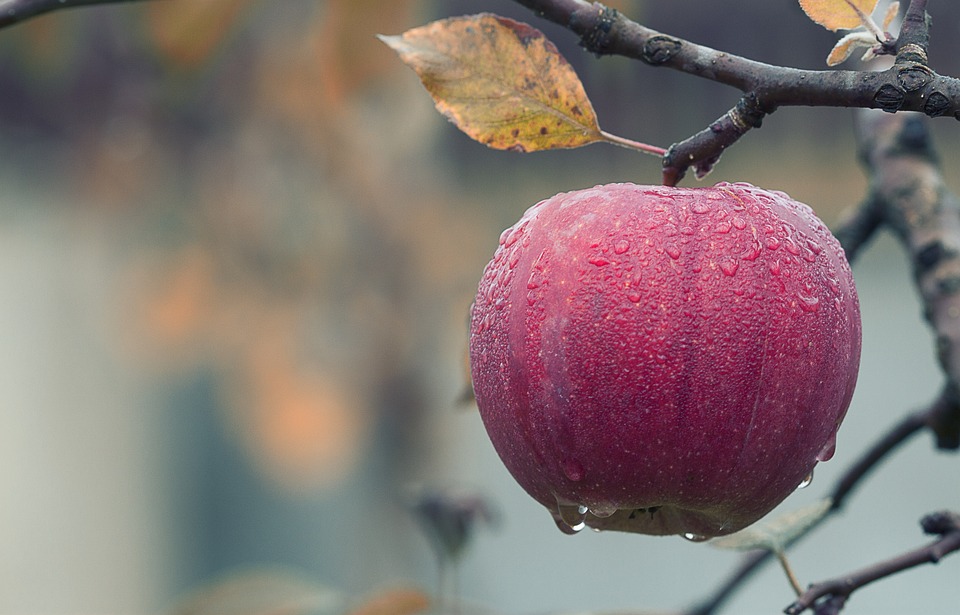 No wonder epidemiological studies always show connections between the consumption of apples and a reduced risk of cancer, asthma, diabetes, and cardiovascular disorders.

Yes, the last-mentioned substance – phloridzin – also seems to protect against a loss of bone density, as initial studies have shown, and can thus make an important contribution to the prevention of osteoporosis.

Apples should be on the menu every day – especially during the autumn harvest: They help you lose weight, prevent asthma, protect against cancer, cleanse the liver, cleanse the intestinal flora, and are good for the brain – just to name a few to present the positive effects of apples.

When it comes to weight loss, you should definitely give preference to whole apples. Apples help us to lose weight better than apple juice. Eat one apple as a starter, about 15 minutes before the main meal. The effect is not huge, but it does contribute a part to your success. It was found that you save at least 60 kcal.

In the corresponding study, the test subjects ate 15 percent less of the main meal after the apple starter. Since the meals in this study contained around 1240 kcal, it was 186 kcal that were less consumed. Processed apple shapes (puree and juice) did not produce any comparable results in this study.

In a Brazilian study described in the March 2003 issue of Nutrition, it was also found that eating apples (and also pears) leads to weight loss in overweight people. 400 women were divided into three groups.

The apple and pear groups each lost 1.2 kilograms, the oat biscuit group lost nothing. The two fruit groups also had healthier blood sugar levels than the oatmeal group after the 12 weeks. Apples Health Benefits.

Those who regularly eat apples or drink apple juice suffer significantly less from asthma, according to a Finnish study with 10,000 men and women from 2002.

The high flavonoid content in apples strengthens lung functions and thus makes them less susceptible to asthma and many other lungs – and also heart disease. 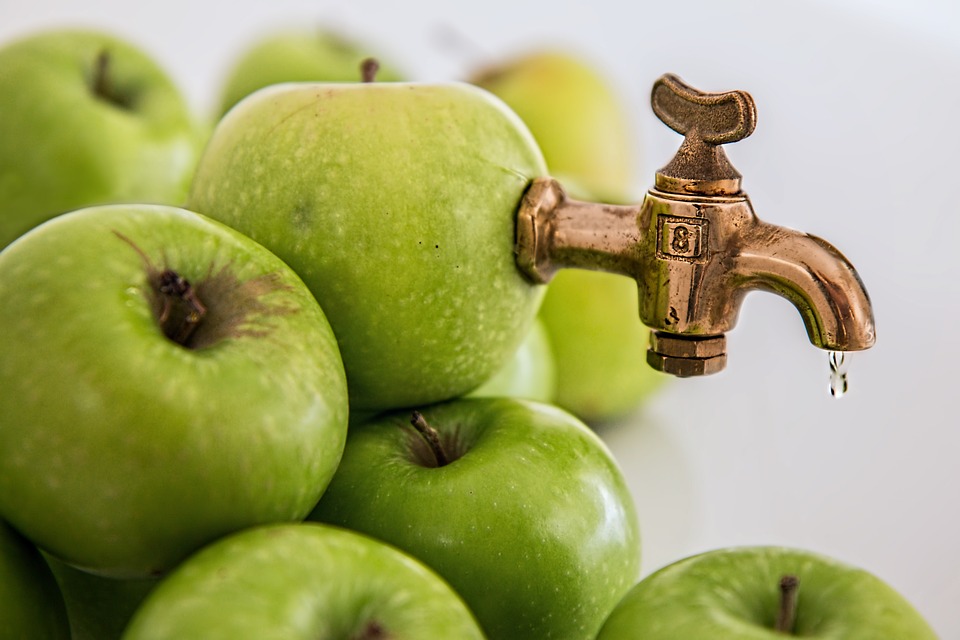 The corresponding study showed that the more quercetin (one of the flavonoids in apples) a person consumed, the lower the mortality rate from heart disease.

Quercetin also reduced the risk of developing lung cancer and type 2 diabetes, while the risk of stroke decreased when the diet was rich in kaempferol, naringenin, and hesperetin – all of which are known to be found in apples.

Something similar was found in an Australian study with 1,600 adults. Those who ate a lot of apples and pears did not get asthma as often and had stronger bronchi.

According to a study, it is probably primarily the polyphenols in apples (the oligomeric procyanidins) that have a strong chemopreventive effect and can thus protect against chemicals that are toxic to the liver.

Other studies have shown that the apple’s polyphenols can protect against oxidative stress and thus protect the mitochondria (the powerhouses of our cells) from damage.

The apple polyphenols also do this when, for example, painkillers are taken that would normally damage the liver and intestinal cells. Indomethacin is one such pain reliever.

Apples can now – depending on the dose of the drug and the number of apples, of course – protect the liver and the intestines from this drug.

Apples also help the intestinal flora to maintain a healthy balance, which in turn relieves the liver. In the case of a sick intestine, on the other hand, digestion is sluggish and numerous toxic substances are created in the intestine, which is then detoxified via the blood in the liver. Apples Health Benefits.

4. Apples and apple juice are good for the intestines

The described impact of apples on the intestines is, according to some scientists, one of the main reasons why apples have such good effects on health. They believe that apples have such a positive impact on health because they help clean up intestinal flora.

The thing which makes the apples so gut-friendly is probably the combination of flavonoids, polyphenols, and fiber (pectin). Studies have shown that after eating an apple, the amount of short-chain fatty acids in the intestine increased, a sign that the intestinal bacteria converted the fiber in the apple into those fatty acids. 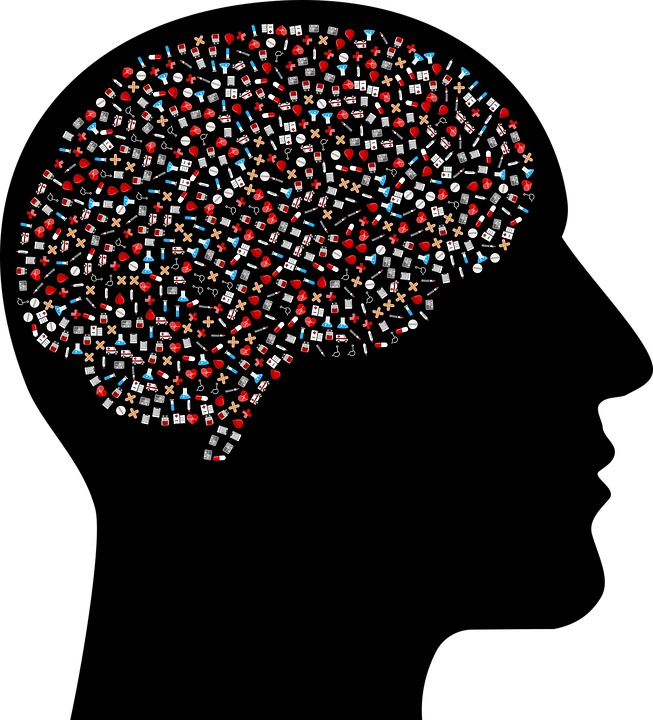 Those who like to drink naturally apple juice daily can also reduce their risk of Alzheimer’s disease.

Because apple juice should – according to researchers in the Journal of Alzheimer’s Disease in 2009 – inhibit the formation of beta-amyloid in the brain. Beta-amyloids are those deposits that are also known as “senile plaque” and are associated with dementia.

Researchers from the University of Massachusetts-Lowell, USA, found that consuming a quarter-liter of apple juice per day (divided into two servings and drunk for four weeks) in people with moderate to severe Alzheimer’s disease improved their behavior and their psychological symptoms by almost 30 percent. Fears, nervousness, and delusions in particular improved.

10 TIPS FOR A HEALTHY HEART

Apples are considered to be very high in fructose – and fructose is known to be not as good for your health. However, the example of apple shows once again very well that a substance is not bad per se, what matters is in what form and of course in what quantity you consume it.

So if you consume fructose in concentrated and isolated form through soft drinks, juices made from concentrate, or sweets, then it can be quite harmful.

However, when the natural fruit or its natural juice is consumed, this harmful effect does not appear to appear. The cocktail of all the other – very healthy substances – prevents the fructose from causing damage. On the contrary. It may even be that fructose has a beneficial effect here. Apples Health Benefits.

Of course, you shouldn’t live on apple juice alone and drink it by the liter. In the studies mentioned, the subjects never consumed more than 250 ml of high-quality apple juice per day and, despite this small amount, experienced extremely positive effects.

Which Apple Variety is The Best?

There are thousands of apple varieties – ancient and brand new. The new ones are often huge, flawless, and last for weeks in the supermarket. Their taste is mostly sweet and mild, often bland. The old varieties, however, still taste like an apple should actually taste: aromatic, spicy, and sweet-sour, sometimes also tart or lemon-like.

They thrive less in orchards than in the good old orchards. They require fewer pesticides (if any) and are more disease resistant. Their yield is less calculable, there are good years and not-so-good ones.

Often it is said that new varieties are richer in vitamin C. For example, the Braeburn contains 20 mg of vitamin C per 100 g, while a “normal” apple only provides around 12 mg of vitamin C. As if vitamin C were the measure of all things or apples.

When you want to supply yourself with vitamin C, you think less about the apple. You eat citrus fruits (50 mg vitamin C), broccoli (115 mg), cauliflower (70 mg), red peppers (120 mg), kohlrabi (60 mg), and many other vegetables and salads, but not necessarily an apple.

With apples, vitamin C is completely irrelevant. As we have seen above, it is its secondary plant substances in particular that make it so valuable – and not vitamin C. However, when it comes to polyphenols, the old apple varieties are much better equipped than new varieties.

20 Foods For Diabetes To Avoid

The apple needs polyphenols to protect itself against fungal and insect infestations. Modern apple varieties that grow in plantations and are sprayed against fungal infections and insects 20 times a year do not require any self-protection and therefore do not develop any or only a few polyphenols.

The old apple varieties are completely different. They are largely self-sufficient (if from organic farming) and are therefore also rich in these very special substances that are beneficial for humans.

So far, only a few studies or analyzes have been carried out in this regard. In one study, however, the bright red apples of the Idared variety were found to be particularly rich in polyphenols. Apples Health Benefits.

It can also be assumed that apples with a tart taste, which means that they have a higher proportion of tannins, also contain more polyphenols.

The Bitter apples include the Boskoop and the Cox Orange, the Renetten, the Goldparmäne, and the Gewürzluiken. At the same time, these apples are of course much less exposed to pesticide residues.

You will most likely no longer find these types of apples in the supermarket. But maybe at the next vegetable market, in the organic market, or directly from the farm at the farmer who still tends his orchards. 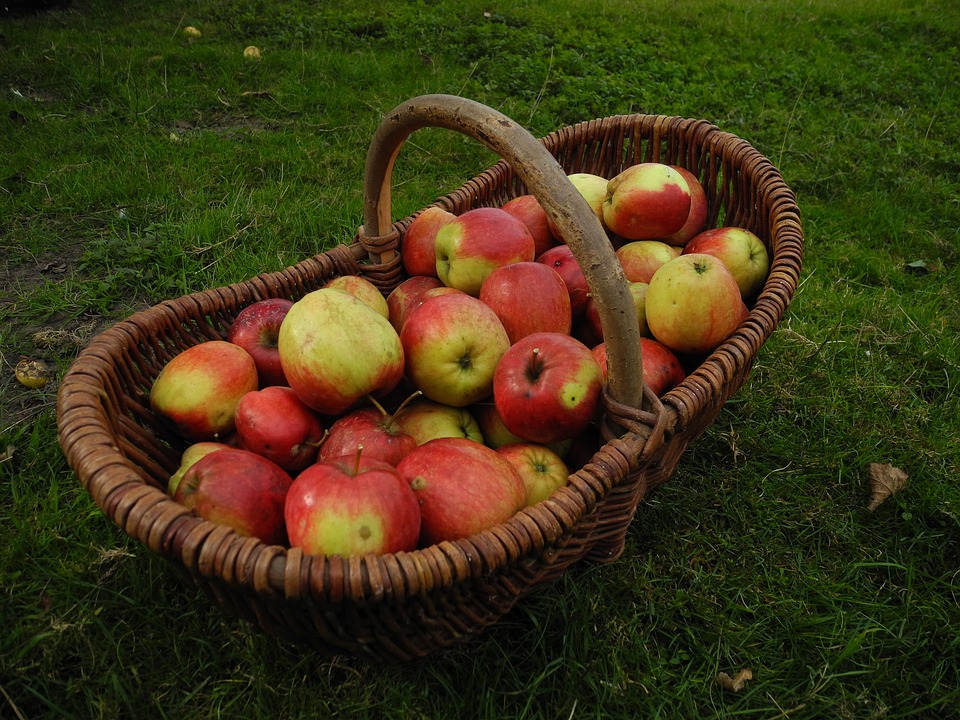 And if you have a garden and you want to plant an apple tree, then choose an old apple variety. At specialized tree nurseries, you will find a wide selection and can choose a variety that has been particularly well adapted to the soil conditions and the climate in your region for centuries.

Real-root means that the apple tree is grown from seed and you can grow trees from the kernels of your apples that always bear the same apple variety.

If, on the other hand, you were to put an apple core from a Granny Smith in the ground, then an apple tree would grow from it, but it would not deliver Granny apples, but possibly completely different apples.

FOODS THAT ARE GOOD FOR THE EYES

How Do You Need To Eat Apples – Whole or As Juice?

When consuming apples, it is important that you always buy crunchy fruits from organic farming. Experience has shown that dull apples are fresher and tastier than fruits with shiny skin.

Eat apples with the peel in any case, because most polyphenols, flavonoids, vitamins, and fiber are found in the peel. Only vitamin C is found in greater amounts in the pulp than in the skin.

For the same reason, it is of course better, instead of drinking juice, to eat the fruit whole or to mix it into the smoothie. As mentioned above, it is best to always eat apples raw, so do not overcook them to make puree or compote.

If you choose the juice, then it should definitely be unfiltered, i.e. naturally cloudy apple juice. Juice from concentrate is out of the question.

It would of course be even better if you always made your apple juice fresh at home. Then it is also not pasteurized, which is always the case with purchased juices – whether direct juice or not.

With a high-quality juicer (not a centrifuge juicer) you can easily squeeze your apple juice yourself, e.g. B. like this:

Core the apples and cut them – just like the beetroot – into manageable pieces so that they fit in the juicer. Include ginger and lemon in the juicer and enjoy the refreshing and extremely healthy apple juice. So these are the Apples Health Benefits.