The Fastest Animals in the World 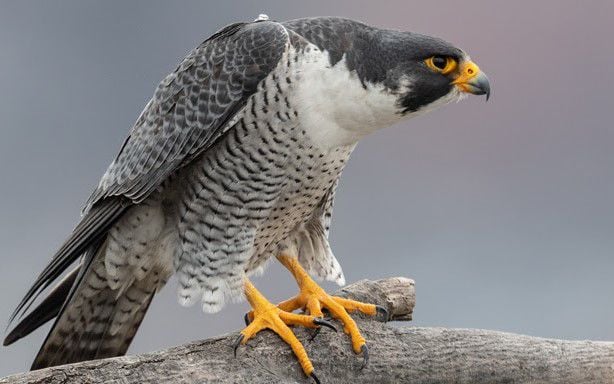 Peregrine Falcon is found on almost all continents and lives mainly in coastal areas. An adult peregrine falcon can have a wingspan of up to 1.2 m.

They catch ducks and other species of birds and can travel thousands of kilometers in one day using wind currents. 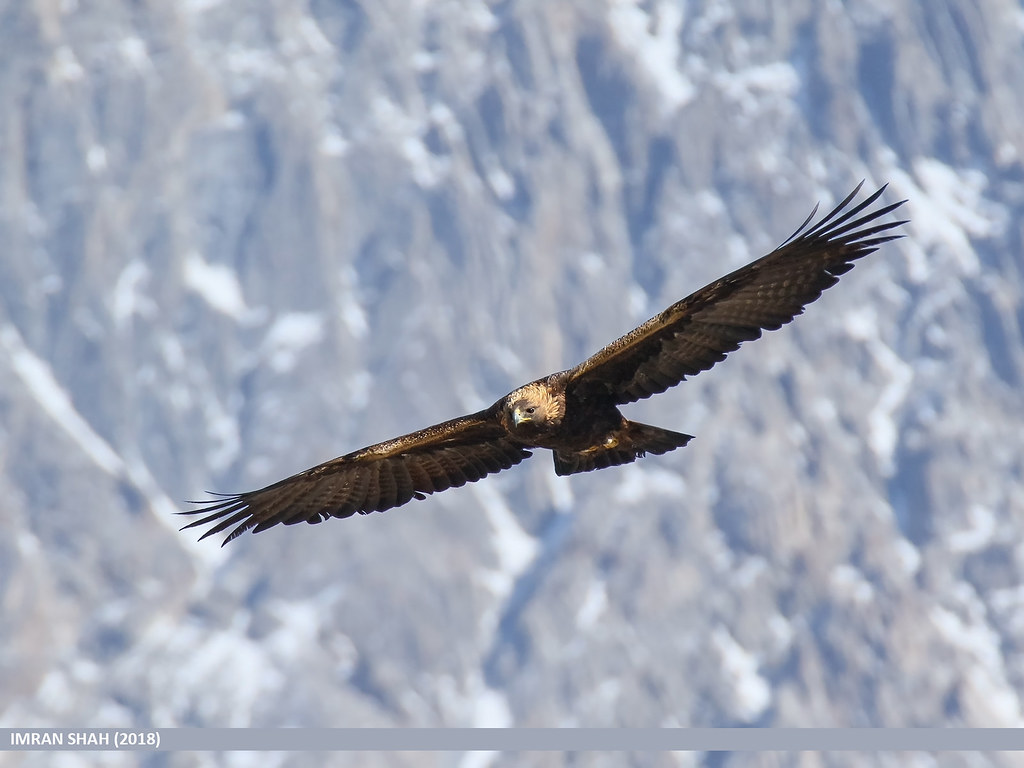 Golden eagles can reach speeds of up to 320 km per hour in pursuit of prey. This type of eagle is the best bird for falconry.

These mysterious cave dwellers are capable of flying long distances quickly. Their maximum speed reaches 160 km per hour. These bats live in America in large numbers (up to hundreds of thousands in one colony) and eat millions of kilograms of insects a year. fastest animals in the world

One of the largest colonies is located in Texas, near San Antonio.

Baby bats feed on their mother’s milk when they are born and grow rapidly. In just a few weeks, they are ready to fly independently and participate in long flights with adults.j 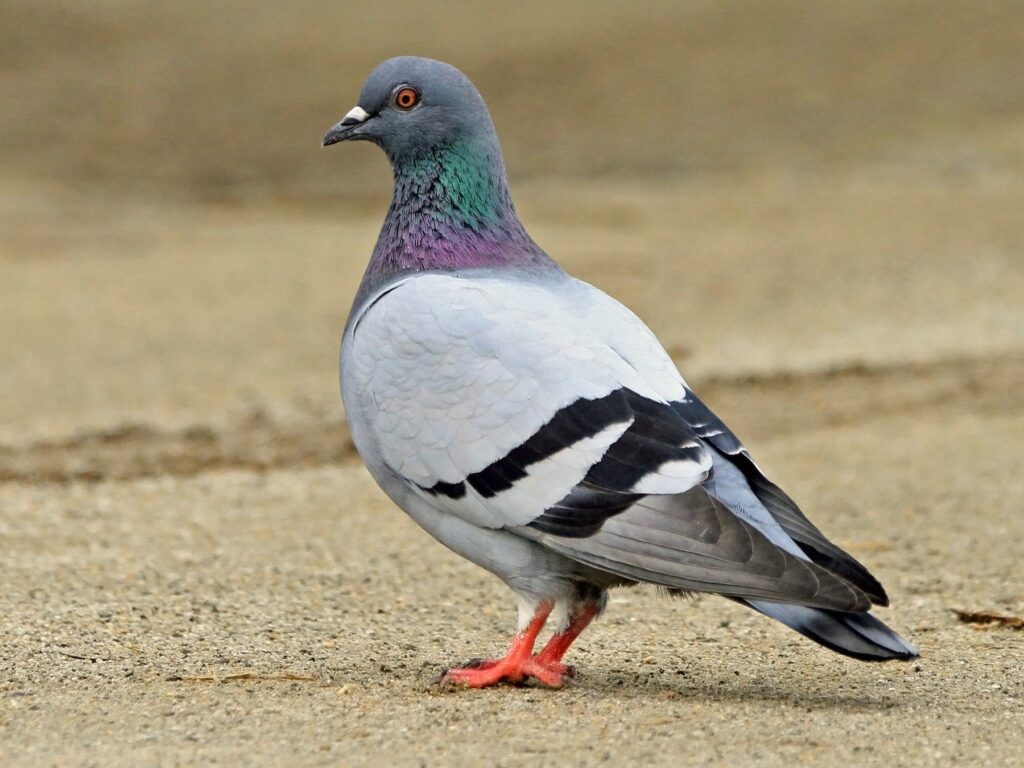 The rock dove is a ubiquitous bird found in parks and urban areas around the world. Greenish purple markings on the necks and gray feathers make them easily recognizable. fastest animals in the world

They have the supernatural ability to find their way home from anywhere, so they were used to sending messages. Pigeons are well adapted to long-distance flights, their maximum speed is 156 km per hour. 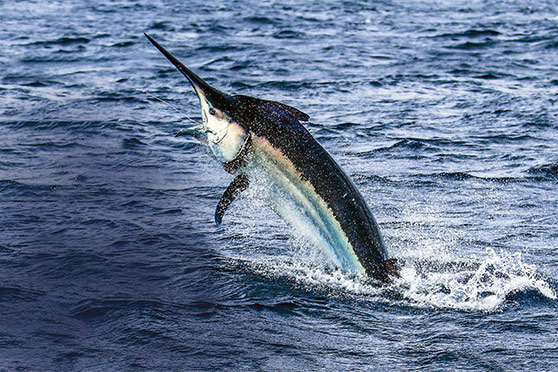 This large, majestic fish is native to the Indian and Pacific Oceans. When hunting or while fleeing from danger, she can swim at speeds of up to 132 km per hour.

They are predominantly solitary creatures, feeding on small fish, squid, and even octopuses, and using their distinctive sword-like nose to catch their prey.

Although the black marlin is the fastest marine animal, its popularity in deep-sea sportfishing makes it defenseless against its biggest threat – humans. 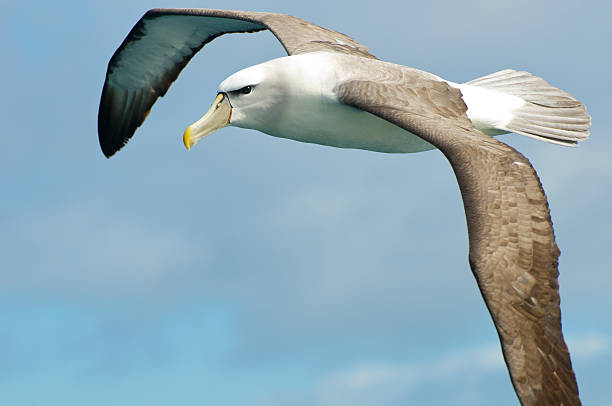 The albatross is an adorable bird that has long been considered a symbol of good luck for sailors. Not only does it have the largest wingspan of any bird, but albatrosses can travel the ocean for years without stopping for a second on land.

They can even sleep during the flight. Their maximum speed reaches 125 km per hour. These birds are carnivores and use their superior sense of smell to hunt krill and squid. 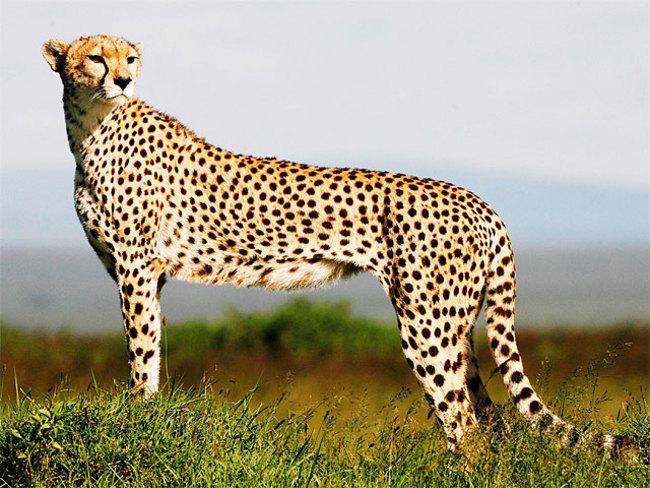 This large, graceful cat holds the title of the fastest land animal. In the endless expanses of the African savannah, cheetahs can reach speeds of up to 100 km per hour.

Cheetahs are generally short-distance runners. Most feral cats hunt in the dark, but cheetahs are diurnal. They often search high places to find possible food sources and use highly developed tracking skills to follow their prey by smell.

The sailboat, with its unmistakably needle-sharp nose and “sail”, is one of the fastest creatures in the water element at a speed of 109 km per hour. Along with sharks and whales, they are some of the largest predators in the ocean.

Like black marlin, they are in high demand at sporting events and trophy fishing competitions. They prefer to hunt and travel in groups and are mainly found in the Atlantic Ocean. In the wild, sailfish can live up to 15 years. As a descendant of Spanish horses, this particular breed has adapted to run fast on sports tracks. In fact, the horse’s name comes from its optimal running distance, which is measured at a quarter mile or less. The fastest American quarterhorse in history reached a speed of 88 km per hour.

Quarterhorses can live to be 35 years old, but their racing career is short-lived and usually lasts no more than five years. Aside from horse racing, they perform well as ranch horses and are generally the most common horse breed found in rodeo competitions 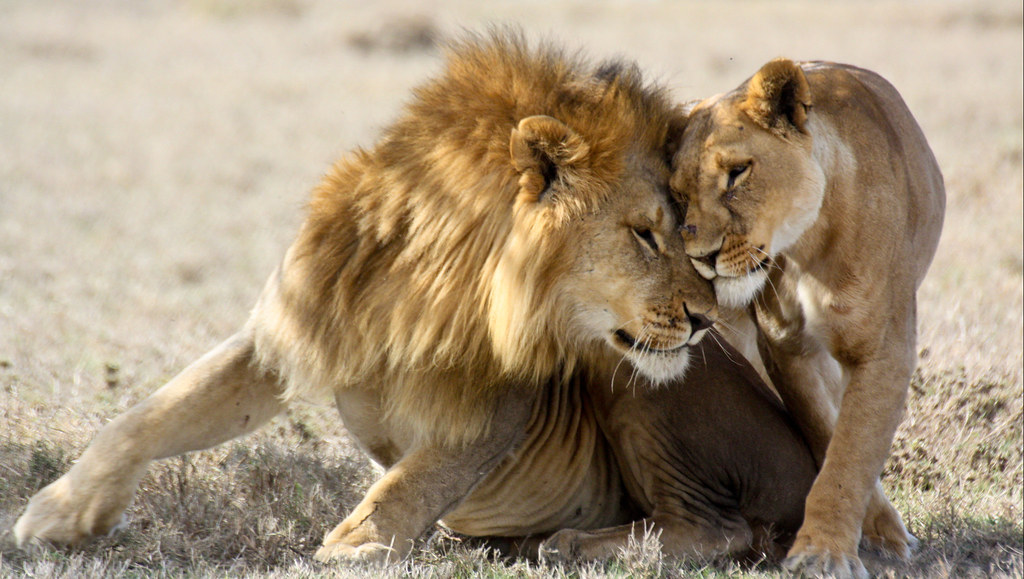 The African lion is a wild cat that can be, reach incredible speeds. Although they do not have the stamina to maintain speed for extended periods of time, they can chase their prey in short sprints at 96 km per hour. fastest animals in the world

Lionesses who hunt in a group tend to hunt down prey at dawn at dusk. Lions usually eat every four or five days and can eat up to 9 kg of meat in one sitting.

Unlike other large cats, lions live together in large groups called pride. 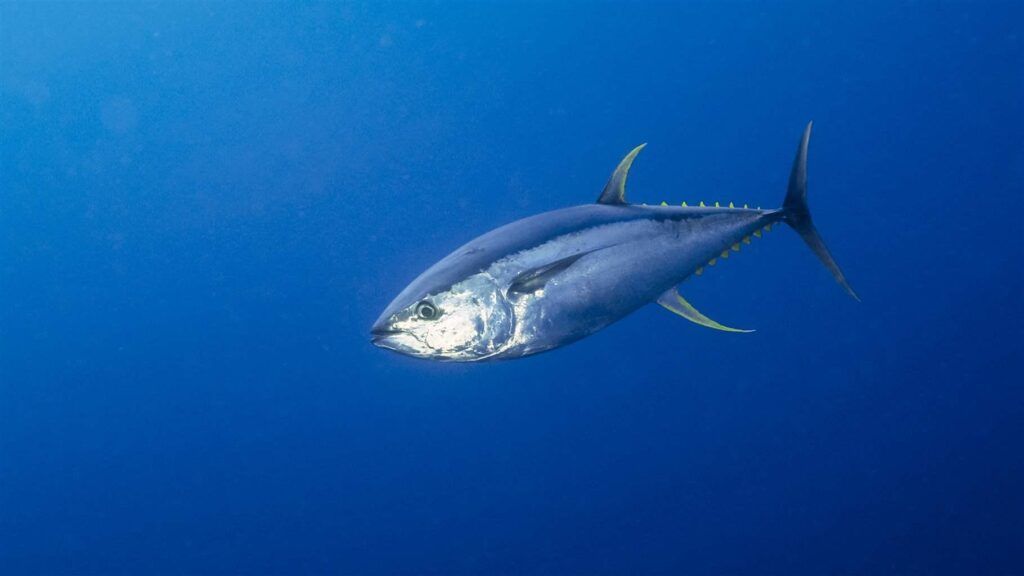 Yellowfin tuna, with a top speed of 75 km / h, is found in most of the world’s oceans. Tuna populations have been heavily fished to meet the needs of the restaurant industry.

In this regard, the International Union for Conservation of Nature noted that the tuna population is declining, and called it “almost extinct”. These fish make very long migrations throughout the year in search of food and breeding grounds.

The Mako shark is another animal from the Red Book. This shark species can reach a body length of 4 m and swim at speeds up to 72 km per hour. fastest animals in the world

The largest mako shark caught weighed over 450 kg. They can swim in deep seas, but prefer warmer temperate zones such as the tropics. 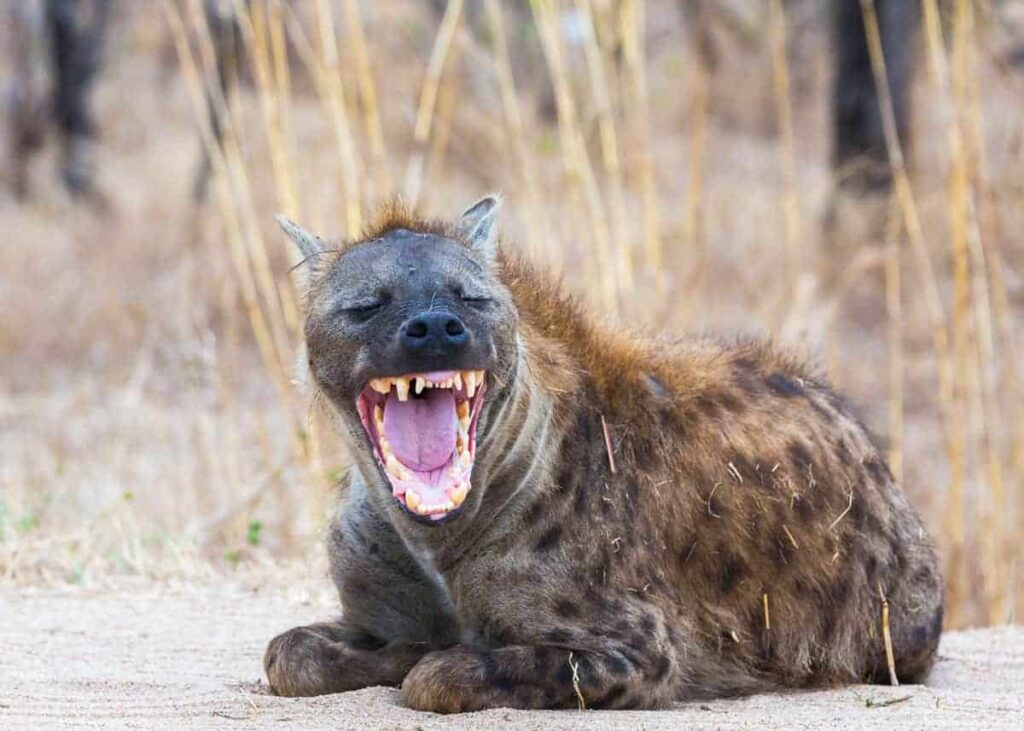 Hyenas sprint at a speed of 64 km per hour. They need this speed to escape from their main predators: lions and people.

Hyenas travel in groups of up to 80 individuals and are usually led by females. In addition to their famous “laughter,” they are well known for their ability to feed on carrion and dead carcasses that have already been gnawed by other animals. 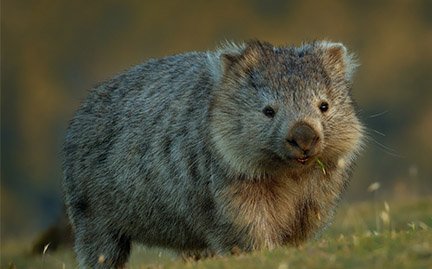 There are three types of wombats: southern, northern and common, they all live in Australia. Although they spend most of their time grazing on the grass, if threatened, they flee rather than fight. fastest animals in the world. Wombats can move at speeds up to 40 km per hour. 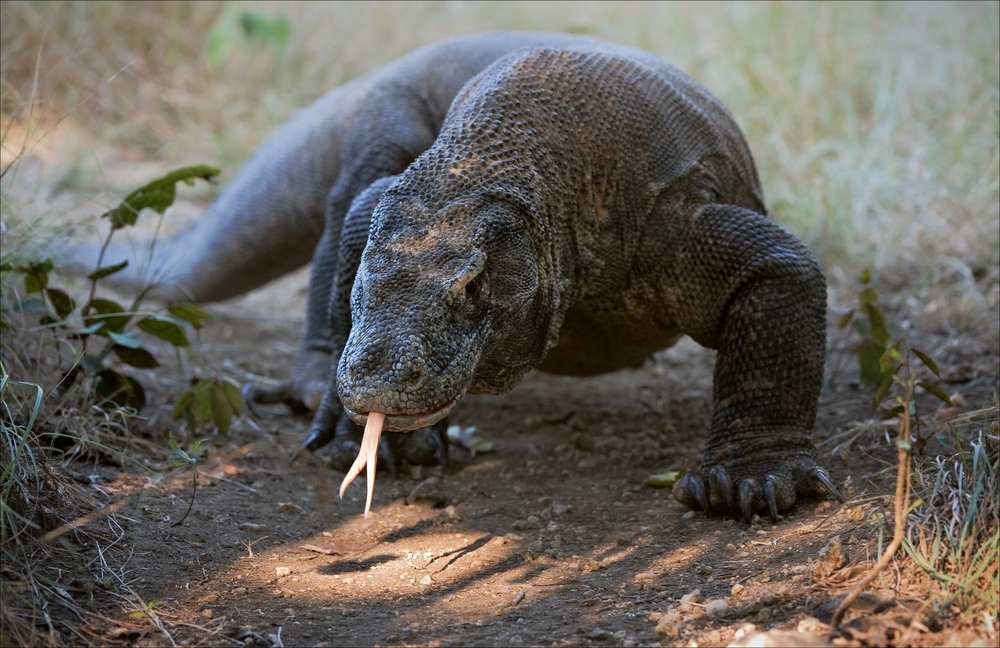 Although many people mistakenly think that the Komodo dragon is a slow, sluggish reptile, it can actually run quite fast – at speeds up to 20 km per hour. They are found only on a few islands in Indonesia and are considered the largest lizards on the planet.