FIFA 23 Release Date: FIFA 23 will be the new title in the saga for the 2022/2023 football season. Learn all the details about the video game of the best soccer saga developed by EA Sports. When does it come out, its price and many more details.

There is no doubt that one of the most anticipated video game sagas each year is that of FIFA, which brings us a new title for each football season, between the months of September and October.

With the arrival of the new generation of game consoles, the anticipation for the release of one of Electronic Arts’ most posh titles has multiplied, since we have been able to begin to notice an evident improvement in many aspects of the game.

In fact, we can even say that EA Sports’ FIFA saga is one of the most relevant worldwide, along with others like ‘Call of Duty or NBA 2K; a basketball franchise that surpasses the one developed by EA itself. Such is the success of this title that Electronic

Arts has already confirmed that FIFA 22 is one of the games that has received the best reception in recent years, surely due to the arrival of the new consoles, Play Station 5 and Xbox X Series

And when FIFA 22 is still enjoying its full swing, since we have barely reached the first half of the football season, it is inevitable to start wondering when its successor, FIFA 23, will be placed on the starting grid.

Of course, there are the two most relevant aspects in relation to the release of a video game, and especially a new edition of FIFA: price and release date. Until the arrival of these two important data, we will have to make do with the usual ‘crumbs’ that EA Sports is offering us (alphas, betas, news…). But do we know when FIFA 23 is going to come out?

At the expense of what life will bring us, obviously marked by the incidence of the pandemic; We can suspect that the release date of FIFA 23 will be around the end of September and the first days of October. In fact, until the arrival of Covid-19 in our lives, it had been common for the Electronic Arts video game to be released on the last Friday of September.

In addition, this new title in the FIFA saga will be marked by a very special event: the celebration of the new World Cup, Qatar 2022, in the middle of the regular season. We will see if those responsible for the title keep an ace up their sleeve to surprise us.

In the meantime, we can review the release dates of the latest FIFA titles:

As we can see, in previous years the rule of launching the new title on the last Friday of September has been fulfilled; with the exception of the publication of FIFA 21, which was obviously very marked by the action of the pandemic in football, on a global scale. 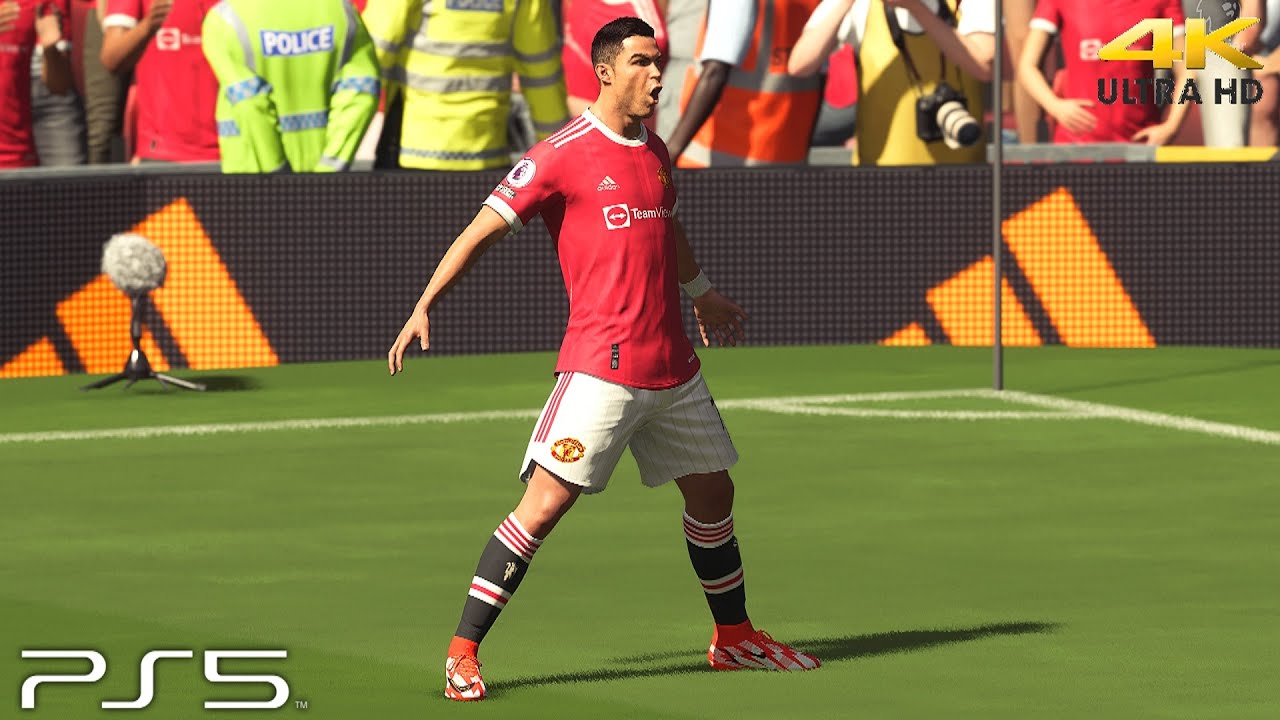 Price: How Much Will FIFA 23 Cost/Worth?

It is the quintessential question every time the launch of a new season for the FIFA saga is put on the table; And, although we still don’t know the official starting price, we can get a fairly accurate idea of ​​the cost that the new FIFA 23 will have, depending on the platforms on which we want to enjoy the video game.

For the new generation of consoles (Play Station 5, Xbox Series X…) we can imagine a price close to €79.99, which is the cost that the top video games have been taking out for the newest consoles.

If, on the other hand, we are players who continue to believe in and enjoy the previous generation (Play Station 4, Xbox One…) the price will be reduced by 10 euros, so we can buy FIFA 23 for €69.99; although it will be necessary to see if, with the settlement of the next generation, the cost will decrease.

If, on the other hand, you are one of those who use a PC to play video games, we still have better news for you: the price of the FIFA saga is usually lower for a computer, hovering around €59.99.

Price According To The Edition

It is also very important to note that FIFA 23 will surely have a different price depending on the edition that we are going to buy. If we look at the output format of FIFA 22, it should be remembered that EA Sports enabled two different editions (the normal one, which came out on October 1, 2021; and the Ultimate edition, which came out a week earlier and came with various gifts for fans). players who acquired it).

For its early departure and all the functionalities it hosted; the price of the Ultimate edition was higher than that of the common game; so choosing between one edition or another depends on the tastes and interests of each particular player.

Given the success of this double output format for the past FIFA 22, it seems quite likely that EA Sports will bet on it again, with the unequivocal goal of increasing sales.

Will There Be FIFA 23 For PS4 or Only For PS5 and Xbox Series X?

It is the big question that those people who have not wanted or have not allowed themselves to buy one of the two new consoles of the last generation will ask themselves. Although it is not yet confirmed, it seems that we will have good news since video games for the previous generation of consoles are still being developed today; so Play Station 4, Xbox One and Nintendo Switch players will be in luck.

As many video game sagas have become accustomed to us in recent years, before the official release of the video game, we can enjoy some versions to start testing the new title. However, not all of them are open to the general public, and what has become common is that YouTubers or streamers trusted by the company show original versions to others. We are talking about the pre-beta, alpha, or closed beta versions, which are not normally enabled for all players; but the people who do have the fortune to enjoy the new title can share it with others. In addition to the great FIFA content creators; there are some lucky ones who can play this phase of the game.

Although there are no verified sources that confirm this information, it is said that the most active FIFA players receive invitations to be part of these closed betas. To receive it you must activate the option to receive news and updates from EA Sports in your email.

The demo will be open to everyone, which many developers usually enable a few weeks before the official release date of the video game. EA Sports is not blind to such circumstances, and in recent years it has been enabling a demo, a couple of weeks before the publication of the new FIFA, in which we can play friendly matches with 6 or 7 teams.

Although this offers us little room to start evaluating the performance of the new FIFA, it does help us to start having some clue about the gameplay and possibilities of the new title. The demo is expected to be available for both the new generation of game consoles and the previous one, and its publication will obviously depend on the official publication of the video game.

Finally,  EA Sports has been implementing a strategy for years so that users can enjoy their new video games a few dates before their release. This is thanks to Early Access which is available if you have an  EA Play subscription. 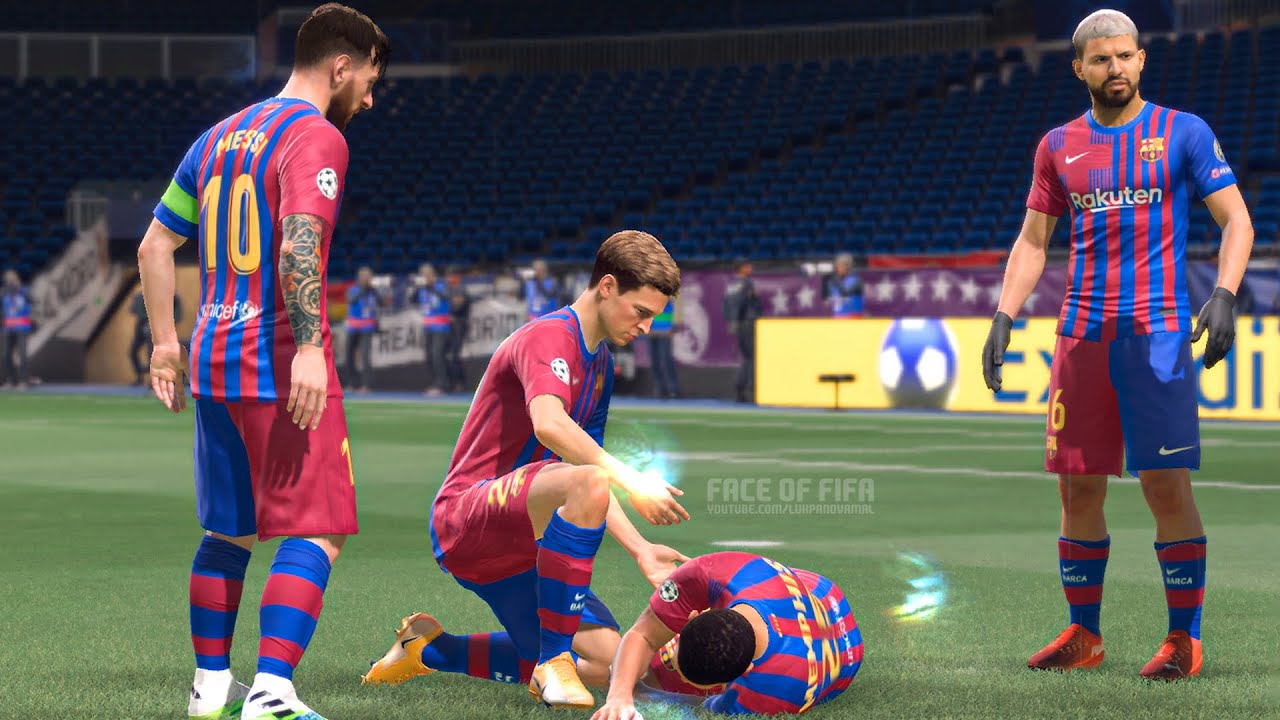 To this, we must add the practice carried out by Electronic Arts with the past FIFA 22: enable the video game a week before for those players who have purchased the full version; a significant advantage, especially for those fans of the saga.

However, the big news for the new title in the FIFA saga could be related to its name. And is that since October 2021 there has been speculation about this possibility, as a result of a report published that month by the video game developer itself. In this report, in addition to being able to verify the success of FIFA 22, EA Sports left in the air the possibility of experimenting with a new name for its most famous saga.

And to this information, we must add a very important circumstance: EA registered the trademark ‘EA Sports FC’ with the United Kingdom Intellectual Property Office twice, on October 1 and 4, 2021. With this contrasting news, fans have already begun to suspect that it is the new name of FIFA, as of FIFA 23; something that, it seems, has not pleased many.

If we join both facts, it seems clear the possibility that Electronic Arts is preparing a major change of direction, name included, for FIFA; although it is the denomination that we have been using its fans for many years now, it will be difficult to overthrow.