We tell you which league the most expensive players play in, how their salaries are calculated, and we name the 10 Highest paid hockey players.

Why do the highest-paid hockey players play in the NHL?

NHL is the richest hockey league in the world. According to the economic portal howmuch.net, the league earned $ 3.7 billion in 2016, the fifth-highest among all sports leagues in the world. Because of the profits of the NHL, no ice hockey tournament can match the contract level of the North American League.

For example, according to unofficial data, Metallurg striker Sergei Mozyakin has the highest salary in the KHL. He receives $ 3,218,235 a year before taxes. In the NHL, players with such a salary are not even included in the top 100 in terms of average annual income. By comparison, Connor McDavid, the highest-paid hockey player in the NHL, makes $ 12.5 million before taxes.

How the salary of NHL players is calculated

Canada takes 33% into the federal budget. The province of Quebec, in which Montreal is located, takes another 25.75% into the regional budget.

The surface of the 10 world’s largest countries

In total, the Kings, Sharks, and Dax players give the state 52.9% of their salaries. Four US states – Florida, Nevada, Texas, and Tennessee – have no additional income tax. Tampa, Florida, Vegas, Dallas, and Nashville play in these states. Players of these teams pay the least taxes among NHL hockey players – 39.6%.

The difference in taxes affects the ranking of the highest-paid hockey players in the NHL. For example, the average annual salary of Montreal goalkeeper Carey Price is $ 10,500,000. Florida goalkeeper Sergei Bobrovsky formally receives less – $ 10,000,000. But the real salary of a Russian after taxes is much higher – 6,040,000 versus 4,321,250.

Our ranking takes into account salaries after taxes. Therefore, Bobrovsky was included in the list, but Price did not.

The ranking was compiled taking into account the players’ annual salaries in the 2019/20 season. 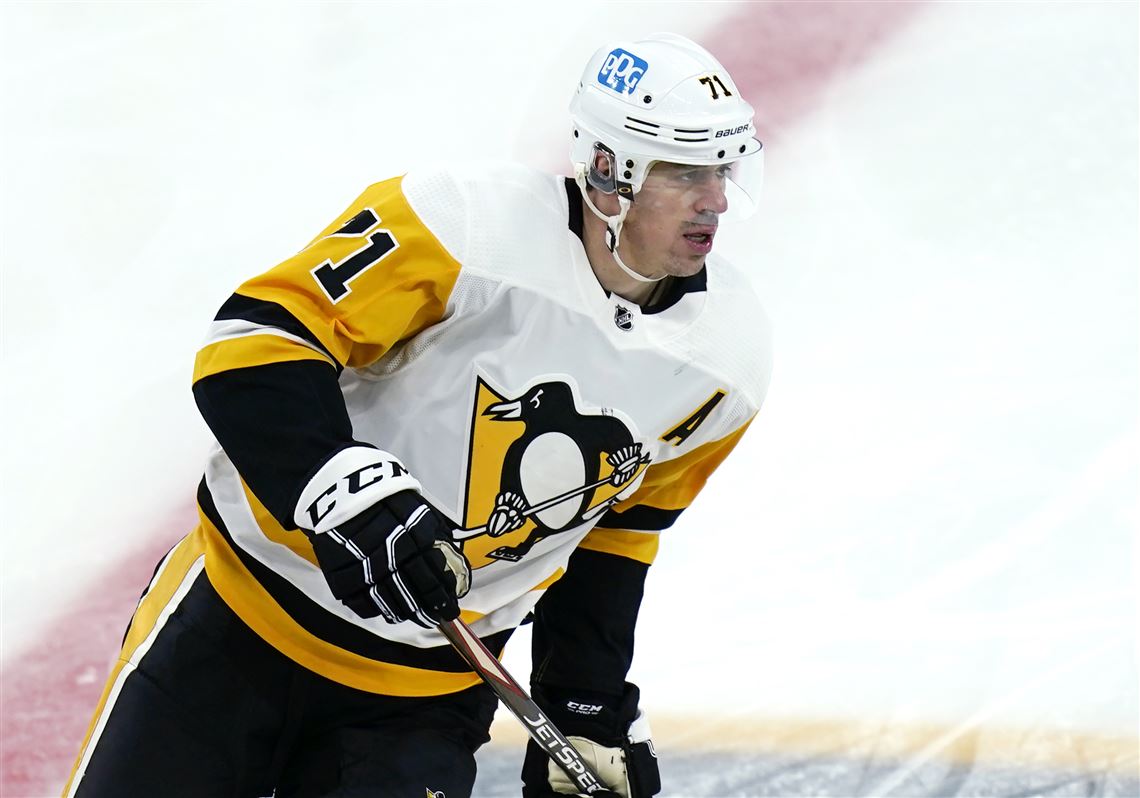 Evgeni Malkin is one of the strongest players in the league. Pittsburgh selected the Russian in the 2004 draft under the overall number two. Malkin made his NHL debut in the 2006/07 season and became the team’s second goalscorer. In 78 matches, the forward scored 85 points (33 goals and 52 assists).

In the 2008/09 season, Malkin became the best player in the NHL. He took first place in the regular season scorer list with 113 points (35 goals and 78 assists) in 82 games. But Malkin played most effectively in the playoffs. In 24 Stanley Cup games, he scored 36 points (14 goals and 22 assists) – the best NHL record in 15 years. That season, Pittsburgh won the Stanley Cup and the Russian received the Most Valuable Player in the Playoffs prize.

In 2013, Malkin signed a new contract with Pittsburgh, according to which, since 2014, he began to earn $ 9.5 million per year before taxes. At that time, only Alexander Ovechkin had a larger contract – $ 9,538,462 per year before taxes. But the state of Pennsylvania, where Pittsburgh is located, has less tax than the District of Columbia, where Washington is located (42.67% versus 48.55%). Because of this, Malkin’s “net” salary was the highest in the league. The salary of Kucherov, Benn, and Stone is $ 9,500,000 before taxes. According to this indicator, they do not fall into the top 10 highest-paid hockey players in the league. But the forwards play in states that have no additional income tax. Therefore, in fact, they are among the leaders of the NHL in terms of salaries. Interestingly, Pittsburgh forward Yevgeny Malkin also earns 9,500,000 before taxes. But because of the additional tax in the state of Pennsylvania (3.07%), the Russian receives less – 5,446,350 dollars.

Despite the fact that Nikita Kucherov’s contract is one of the largest in the league, many experts believe that the Russian could have received much more. Kucherov signed a deal with Tampa in the summer of 2018 after the best season of his career. He became the third scorer of the 2017/18 regular season with 100 points (39 goals and 61 assists).

10 MOST DANGEROUS SPORTS IN THE WORLD

The Russian was the leader of the team and its main star. Kucherov was expected to sign the largest contract in the NHL. But the Russian made concessions to the club and agreed to not the most favorable conditions. The fact that Kucherov’s contract is not too big is confirmed by the fact that Mark Stone receives the same amount.

The Vegas forward is a versatile two-way forward, but not a league star. Stone never scored 70 points in a season or scored more than 30 goals in his career. Kucherov overcame these marks in three seasons in a row. 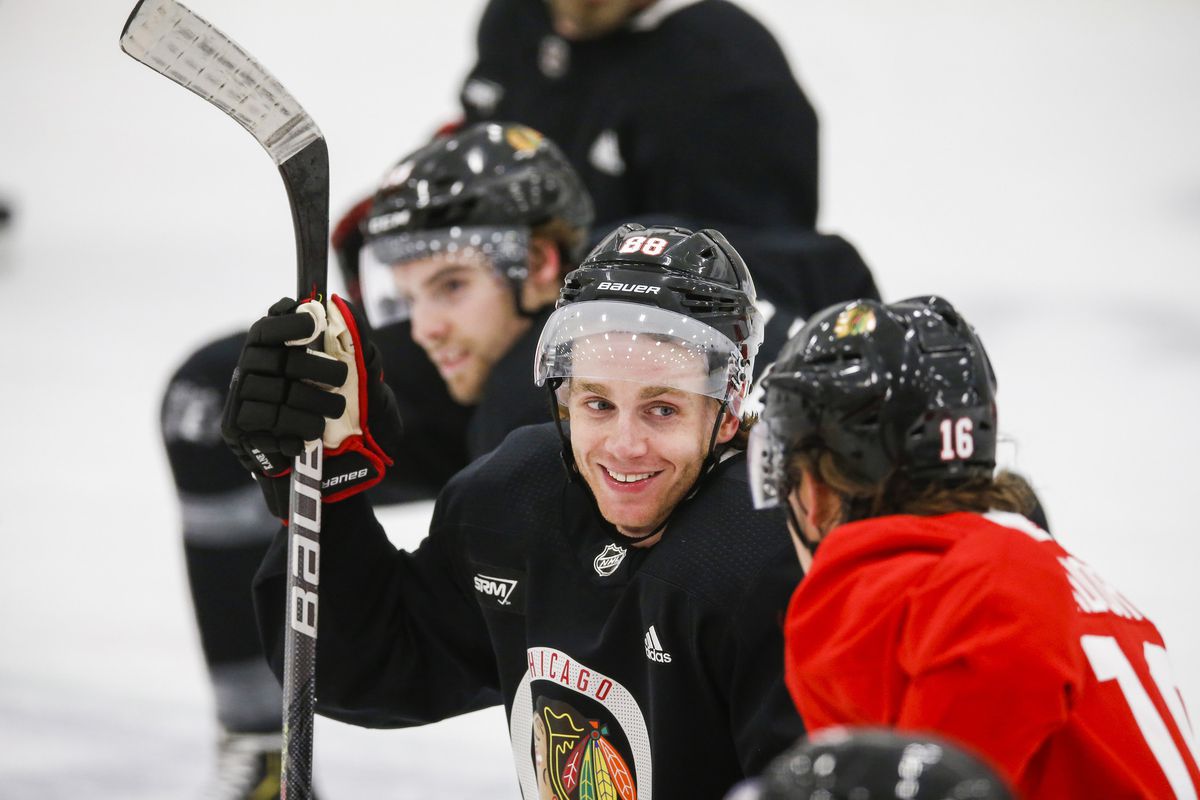 Club: Both are Chicago Blackhawks
Position: Both are forwards
Annual Salary: Both $ 5,817,000

Jonathan Toews and Patrick Kane are Chicago legends. In the late 1990s and early 2000s, the Blackhawks were one of the weakest teams in the league, so they were often among the first to draft players. In 2006, Chicago picked Toews with a common third number, and in 2007 – Kane with a common first number.

Around these players, the Blackhawks have built a new team that has become one of the strongest in the 21st century. Chicago won the Stanley Cup twice (in the 2009/10 and 2012/13 seasons). Toews became the best player in the playoffs in 2010 and Kane in 2013. In the summer of 2014, the club offered Toews and Kane the same contracts.

Toews and Kane signed agreements and became the highest-paid players in the league. In the 2014/15 season, after renewing contracts with the leaders, Chicago won another Stanley Cup.

In the summer of 2018, John Tavares, the New York Islanders leader, and club legend did not renew his agreement with the team and became a free agent. Tavares was not satisfied with the fact that the club’s management did not strengthen the composition. Because of this, the Islanders were only middling in the NHL and did not compete for the Stanley Cup.

Several clubs competed for Tavares, including the league leaders Tampa, San Jose and Boston. But the striker moved to Toronto. Tavares was born in the Canadian province of Ontario, of which Toronto is the capital, and has supported Maple Leafs since childhood. In addition, the Toronto management offered Tavares one of the biggest contracts in the league.

After signing the contract, Tavares had the best season of his career. In the 2018/19 regular season, he scored 88 points (47 goals and 41 assists) in 82 games. But this did not help Toronto – the team was eliminated in the first round of the playoffs, losing to the future finalist Boston (3: 4 in the series).

Tyler Seguin is one of the most talented players of his generation. In 2010, Boston picked him under the overall No. 2 in the draft. As part of the Bruins, Seguin spent three seasons but was unable to reveal himself. In 2013, he was traded to Dallas. In the new team, the forward became the leader and in five seasons scored 384 points (173 goals and 211 assists) in 387 matches – the second result among the Stars’ players.

The player’s first contract ended after the 2018/19 season, but the club’s management decided to extend the agreement with the leader in advance. In September 2018, Seguin signed a new 8-year deal with Dallas to become the team’s highest-paid player.

Artemy Panarin came to the NHL in 2015. The Russian was an undrafted hockey player, so he could sign a contract with any club in the league. As a result, Panarin became a Chicago player and in his first season in the NHL won the Calder Trophy, the best rookie in the league. In 2017, Chicago traded the Russian for Columbus. Panarin no longer played against the likes of Patrick Kane and Jonathan Toews but scored even more points: 169 in two seasons at Columbus versus 151 in two seasons at Chicago.

In the summer of 2019, Panarin became a free agent and signed with the New York Rangers.

Leon Dreiseitl’s contract is one of the most controversial in the league. Edmonton selected the German striker overall third in the 2014 Draft. In the same year, Dreiseitl spent his first season in the NHL. For three years, the forward scored 137 points (50 goals and 87 assists) in 191 matches.

Many experts felt that Dreiseitl did not deserve such a large salary. Only last season, the forward began to show a game worthy of his contract. He finished fourth in the league on points (105) and second in goals (50).

Sergey Bobrovsky is one of the strongest goalkeepers in the world and the only Russian two-time winner of the Vezina Trophy – the prize for the best goalkeeper in the NHL.

8 apps for sports betting on Android

Bobrovsky made his NHL debut at Philadelphia in 2010/11. The Russian had a good season becoming the Flyers’ main goalkeeper. But the next year Bobrovsky played weaker, became less likely to join the squad, and was traded to Columbus. In the new team, the Russian opened up and won the Vezina Trophy in the first season.

For seven years he was the Blue Jackets’ main goalkeeper and team leader. However, in this segment, Columbus made the playoffs only three times, and Bobrovsky performed much worse in the relegation games than in the regular season. During his career, the Russian has not won a single playoff series.

Last season was the worst for Bobrovsky in the last three years. But the Russian for the first time in his career performed well in the playoffs. In the first round, Columbus beat season favorite Tampa (4-0 in the series), and in the second they lost to future finalist Boston (2-4 in the series). Bobrovsky became the fifth in the elimination games in terms of the percentage of reflected shots (92.5%) and was no longer considered a “non-kubkovy” player.

In the summer, Bobrovsky did not renew his contract with Columbus and moved to Florida. Under the new contract, the Russian will receive $ 10,000,000 a year.

Auston Matthews, along with Connor McDavid, is considered the most talented hockey player in the world. In 2016, Toronto picked the 18-year-old overall number one in the draft. Matthews immediately established himself in the Maple Leafs and began the season in the NHL. In the first leg for Toronto, the forward scored four goals and became the first player in league history to make poker in a debut meeting.

In his first season in the NHL, Matthews scored 40 goals, the second-best in the league. In the next two seasons, the striker also showed high performance, but injuries prevented him from becoming the best player in the NHL. In two seasons, he missed 34 games due to injuries.

The injury did not affect Matthews’ potential. In the summer of 2018, a year before the end of the newcomer’s contract, Maple Leafs signed a new contract with the forward. As of the 2019/20 season, the striker will receive $ 6,212,556 per year after taxes.

Connor McDavid is the main star of the NHL and the highest-paid player in the world. Edmonton selected McDavid as the No 1 pick in the 2015 NBA Draft. In the first season, the Canadian averaged more points per game but was seriously injured and missed half the season. In the first full-fledged championship, McDavid scored 100 points and became the most productive player in the NHL. In the next two seasons, the striker also surpassed the mark of 100 scoring points. At 19, McDavid became the youngest NHL team captain in league history.

In 2017, Edmonton signed a new contract with McDavid, which became the largest in history. In eight years, the player will receive $ 100 million, his average annual salary is 12.5 million before taxes. The new contract came into effect in the 2018/19 season. so these are the 10 Highest paid hockey players.