How To Stop Your Child From Biting Their Nails: Important Tips

How To Stop Your Child From Biting Their Nails: According to statistics, about 30% of children have a habit of constantly biting their nails. Outwardly, it does not look very pretty. Nevertheless, in adolescence, almost half of boys and girls are exposed to such harmful behavior.

HOW TO STOP YOUR CHILD FROM BITING THEIR NAILS

If we talk about the adult population, about 25% of men and women continue to bite their nails. Agree – it looks not that unattractive, but even very repulsive. Unfortunately, it is almost impossible to cope with this problem in adulthood, which means that it is advisable to start the fight against such a bad habit as early as possible – from early childhood.

REASONS WHY CHILDREN BITE THEIR NAILS

Medical science calls this addiction onychophagia, while boys are more prone to biting their nails. Most often, the violation in question is of a psychological nature and is by no means a flaw in the upbringing of parents.

To understand why a child bites his nails, one should consider the motives associated with physiology and psychological and social orientation. In the first case, the following should be noted:

If we talk about violations of a socio-psychological nature, then in this case the reasons will be as follows:

AGE FEATURES OF THIS HABIT

Experts do not note clear age parameters that determine when children begin to bite their nails on their hands. This can happen at 3 years old or at 10 years old. It all depends on why he started doing it. And if older guys at least sometimes try to control this process, then for little crumbs it is an overwhelming task. 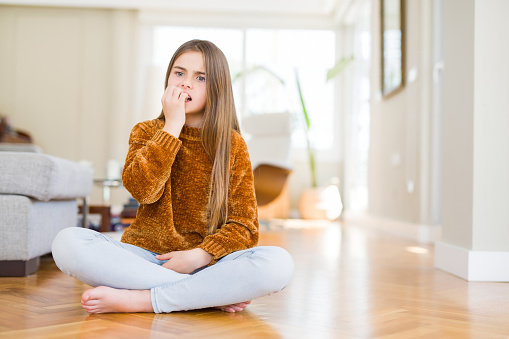 However, it should be said that most often the problem begins to manifest itself at about 5-6 years. It is at this age that the baby goes to preparatory courses or goes to school.

A child who until that time played in the playground, went to kindergarten, had fun with friends or was resting in the village with his grandmother, now has to sit motionless for 30-40 minutes in one place.

Such a load, both psychological and physical, is a real stress for his body, and therefore the baby is trying to somehow express his protest. In addition, the habit of biting your nails becomes a kind of protective barrier against anxiety.

DO NOT SCOLD OR PUNISH THE CHILD

If you notice that your child bites his nails – in no case show aggression, showing how you dislike it. Roughly yanking and slapping his bail will not solve this problem. At the same time, the baby himself will very quickly understand that this cannot be done with his parents, but alone, when no one sees, it is very possible.

The most important thing in this case is to try as early as possible to find out the reason why your child is constantly nibbling marigolds, and then act in accordance with the recommendations of specialists.

WHY BITING YOUR NAILS IS HARMFUL

When children bite their nails, it is advisable to tell them in an accessible form what harm this habit causes them. They must understand that prohibitions on this by parents are not their whim, but concern for the health of their child and a desire to help solve this problem.

Also Read: How To Help Your Child With Depression: Children’s Depression Soloution

Why is biting your nails harmful? The reasons are pretty simple:

It must be remembered that parents must mentally communicate with their child in order to help them find a way out of a difficult situation. Kids should try to switch to other activities or games. 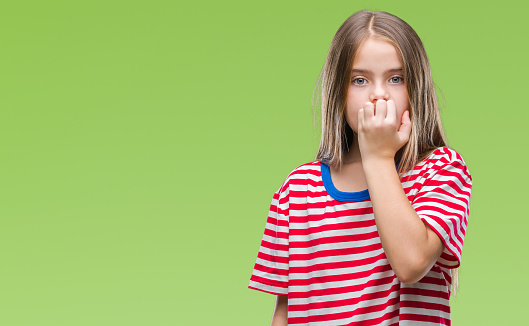 Tell us that each finger is a kind of friend who helps to write, fold the constructor, and eat. And you can’t hurt your friends. Only the joint efforts of the child and the parents will help to get rid of this addiction.

HOW TO PROPERLY WEAN A CHILD FROM BITING NAILS

Often, parents who notice such a tendency turn to doctors with the question of how to wean a child from biting his nails. How to do the right thing, and what to do at the same time, you will be helped by the advice of psychologists, the essence of which is briefly outlined below:

Dont Miss: How to Set Up an Android Phone For Kids: 9 Key Tips For Children

As for special tools, in this case, you can use the use of vitamin and mineral complexeds that improve the general condition of the nail plate. B vitamins and baths with natural vegetable oils (for example, with cedar) have a good effect. 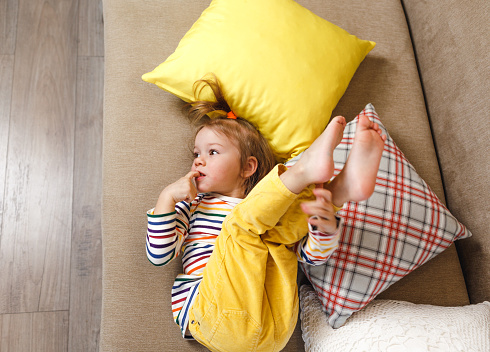 You can also buy specialized varnishes such as “Nekusayka” or “Do not gnaw”, designed specifically for children.

You should also not ignore the advice of your ancestors – our grandmothers also knew very well how to overcome the bad habit of children biting their nails. Not all modern mothers will accept them for various reasons, but, nevertheless, it is still worth mentioning them:

In conclusion, it should be said that onychophagia in children is a bright signal for parents, indicating that it is necessary to pay attention to the health and psychological state of their child. In no case should you dismiss the problem and wait until it “outgrows”. A neglected habit can in the future become an obstacle to successful work, full-fledged communication and family happiness.