Stomach Pain From Stress: What You Can Do That hits me on the stomach is not just a saying. Too much stress or straining can actually lead to stomach pain, nausea, or diarrhea. But what is the best way to deal with stomach pain and what are the emergency tips?

Miss Dr. Viola Andresen is an expert at the German Society for Gastroenterology, Digestive and Metabolic Diseases (DGVS) and a senior physician at the Medical Clinic at the Israelite Hospital in Hamburg. In the interview, she talks about what causes stress in the stomach and what a suitable treatment can look like. Stomach Pain From Stress: You Can Do It.

Stomach pain and stress – how often does it happen?

First of all, a differentiation must be made between what is understood by stress: Strictly speaking, stress describes the burden on the organism due to (potentially) disease-causing factors, so-called stressors. These trigger reactions in many organ systems, including the release of certain neurotransmitters and stress hormones. This type of “organic” stress occurs in seriously ill patients (with infections or tumor diseases), but also in other intensive care patients (accident victims, after major operations, after severe burns, etc.).

This must be distinguished from “negative psychological” stress, as it is usually understood, namely mostly due to pressure situations in everyday life. These concerns, for example, working under deadline pressure or unfavorable external conditions, family conflict situations, financial or health concerns, and much more.

Both forms of stress can trigger reactions in the stomach: The “organic” forms of stress lead to the dreaded stress ulcers of the stomach with possible serious organ complications such as bleeding or breakthrough. Everyday stress can cause stomach pain with no noticeable damage; the causes of the complaints are rather harmless but annoying functional disorders such as muscle cramps.

Incidentally, the term “stomach pain” does not mean that this pain actually comes from the stomach itself; just as often they arise in the intestine or in the lower esophagus, which the affected person cannot distinguish.

“Everyday stress can cause stomach pain without any noticeable damage; the causes of the complaints are rather harmless but annoying functional disorders such as muscle cramps. “

Why and how does the stomach react to stress?

The digestive tract, especially the stomach, is closely and functionally connected to both the brain and the body’s own hormonal systems. This means that all of the above-mentioned forms of stress can also trigger reactions in the stomach. This affects the muscle work of the stomach (motility) as well as the secretion of digestive juices and, last but not least, sensitivity. 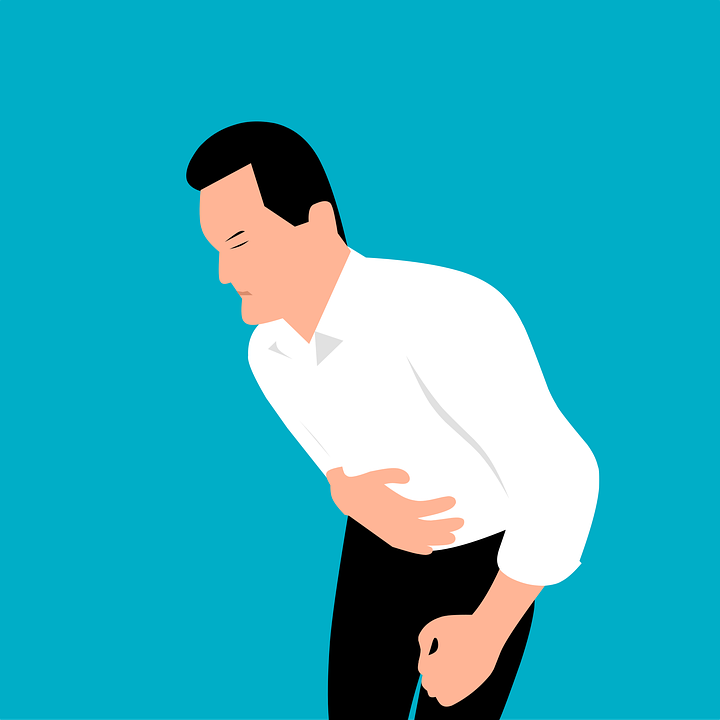 Specifically, this can have the effect, for example, that stressful situations inhibit stomach activity so that a meal lies “like a stone” in the stomach because it is not released into the intestine regularly.

Other reactions are stomach cramps or nausea and nausea (for example at the sight of a gruesome picture). But this interaction is not a one-way street: Even disturbances in the normal processes of the stomach, such as an incompatible meal, incompatible medication, or the breakout of gastric mucosal inflammation can significantly reduce the well-being of the entire organism, as everyone knows from personal experience.

What role does the psyche play in gastrointestinal diseases?

Due to the close connection between our brain and the digestive tract, its function is also influenced by psychological influences. Typical examples are the changes in the usually normal bowel function in various harmless forms of stress. When traveling in unfamiliar surroundings, many people often suffer from persistent constipation, especially in unfamiliar toilet situations that may be perceived as unhygienic.

On the other hand, the “shit” of exam stress, for example before an important exam or a driving test, has virtually passed into the general vocabulary. Both are harmless and very typical stress reactions of the digestive tract.

It must be emphasized, however, that the vast majority of so-called non-organic disorders of the digestive tract associated with gastrointestinal symptoms, such as dyspepsia, irritable bowel syndrome, and chronic constipation, are not triggered by the psyche, that is, are not psychosomatic in nature are.

Rather, these so-called functional disorders are based on microscopic organic changes in the mucous membranes and gastrointestinal muscles. They are not easily discovered in routine diagnostics and usually cannot be adequately treated with simple stress management.

“However, it must be expressly emphasized that the vast majority of so-called non-organic disorders of the digestive tract that are associated with gastrointestinal symptoms, such as dyspepsia, irritable bowel syndrome, and chronic constipation, are not triggered by the psyche, that is, not psychosomatic Are nature. “

What specific tips will help you to avoid stress-related stomach pains?

Inorganic stomach pains resulting from everyday stress can also be prevented or at least alleviated through targeted stress management. This means that stressful situations should be avoided from the outset if possible. On the one hand, this concerns very mundane lifestyle factors.

These include, among others:

In addition, it is very worthwhile for many affected people to deal with relaxation procedures, stress management programs, and similar possibilities, which can then be carried out independently after initial guidance and which are often very successful.

Is Stress Management a Case for the Doctor?

One basic rule must be observed in any case: All chronic stomach complaints, regardless of age, are a reason for a medical examination of the stomach after a few weeks at the latest. This is typically done through a gastroscopy, which nowadays can be carried out on an outpatient basis and is actually “stress-free”. Only in this way does the person concerned gain security as well as the doctor and is not just dependent on a guess. 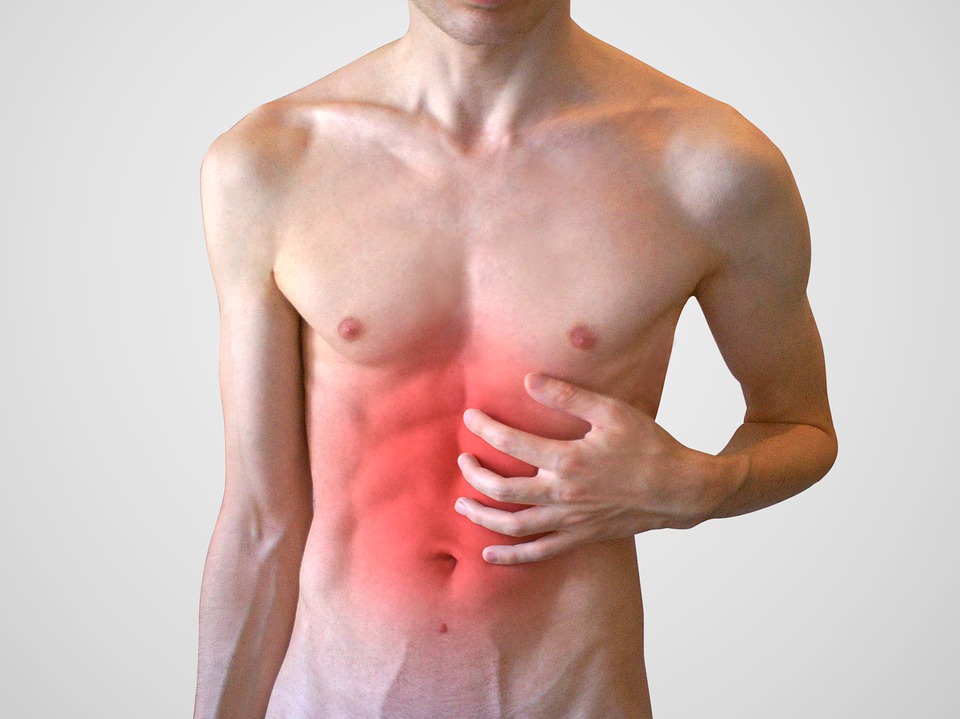 In this way, he may find out that the problem is really non-organic stress symptoms and not a serious gastric disease, such as a stomach ulcer or even a tumor. With this certainty, the treatment of the complaints itself becomes much more successful, because the underlying concern about overlooking a dangerous underlying disease is off the table – and this worry is just another, strong stress factor that then tends to exacerbate the complaints.

The conclusion is that a reliable diagnosis of exclusion with an organic “all clear” is already an important therapeutic step. The subsequent stress management is then usually not a case for the doctor; there are effective training programs to guide those affected.

How is Stomach Pain Treated by Stress?

When stomach pain that has not been proven to be due to an organic cause is severe enough to require treatment, it will respond to different things in different patients. Often, just an intervening break and regular physical exercise, such as walks, are effective.

If the symptoms occur mainly on an empty stomach, a light and “small” meal often has a soothing effect. Conversely, if the symptoms increase after eating, it is best to take a longer break from eating, during which only warm, non-irritating drinks such as stomach tea are consumed. Generally recommended are:

However, it is not uncommon for supportive drug measures to be required. In these cases, a wide range of remedies is available, but it is usually not possible to predict in individual cases whether they will have an adequate effect.

The measures that often help include a number of herbal remedies (phytotherapeutic agents) that contain extracts based on ginger, caraway, artichokes, peppermint, lemon balm, chamomile, etc. Some complaints also respond to antacids or acid inhibitors.

“If the symptoms occur mainly on an empty stomach, a light and“ small ”meal often has a soothing effect. Conversely, if the symptoms increase after eating, it is best to take a longer break from eating, during which only warm, non-irritating drinks such as stomach tea are consumed. “

Are there emergency tips for acute stomach pain caused by stress?

There are no generally applicable measures here. In an acute situation, relaxation and a leisurely enjoyed warm tea, supported by moist and warm compresses or a hot water bottle on the upper abdomen, are usually helpful. For many patients, a leisurely walk for 15-30 minutes afterward helps, which usually stabilizes the situation.

Stress is a powerful factor that can undoubtedly be linked to stomach pain. Those who focus specifically on stress management are not only doing something for their general health but can also ensure more well-being in the stomach. The AOK has launched a special program for this purpose.

The online program “Stress under control” aims to relieve stress and prevent it effectively. After signing up, the goal is to understand the basics of stress.

Since stress is always something individual, the program pays attention to personal stress patterns. After the analysis, the “Stress under Control” initiative accompanies the insured for four weeks with specific recommendations – this is what modern stress management looks like today. The online program is available to insured persons free of charge.