For more than two weeks now, the Taliban, which has seized control of Afghanistan, has been trying to form a government that would suit not only the citizens of Afghanistan but also influential politicians outside of it. Taliban announces new government in Afghanistan.

This will allow the Taliban to make their power more legitimate in the eyes of the world community. And even to convince potential partners that today.

Taliban are not the militants who instituted harsh Sharia law in Afghanistan 25 years ago and kept the whole country at bay. Today’s Taliban leaders position themselves as a diplomatic and negotiable political force. True, the movement is headed by the same people who perpetrated massacres of the population and organized terrorist attacks. Whether the Taliban movement has changed, what is known about its top and who will lead the country.

When the Taliban raised their flags over Kabul on August 15 and announced the revival of the Islamic Emirate of Afghanistan, Afghan civilians were horrified. Many of them remembered what radical and barbaric order had been established in the country when the Taliban first came to power in the late 1990s.

The Taliban themselves are convincing citizens and the entire world community that history will not repeat itself. They announced that they would not pursue former high-ranking officials and enabled the Americans to complete their withdrawal. Residents were promised protection of life and property, and the female part – the preservation of the opportunity to work and study.

Movement leaders guaranteed the safety of foreign diplomatic missions in Afghanistan and banned fighters from occupying the empty buildings of closed embassies. They also did not interfere with the departure of foreign citizens from the country. The Taliban even announced their intention to hold a meeting with representatives of the former government to discuss the transfer of power, demonstrating that they want to do it peacefully. At the same time, one should not forget that they took control of the republic by force, not disdaining to kill civilians. 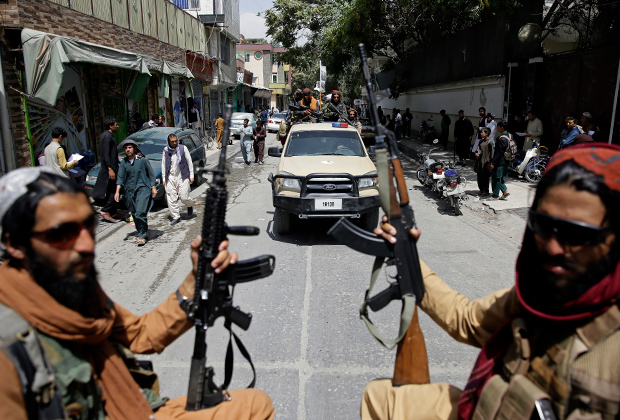 One of the Taliban’s loudest promises has been its intention to stop drug production in the country. Movement spokesman Zabiullah Mujahid noted that the Taliban was shocked by the number of drug addicts in Kabul and were determined to make the new Afghanistan a drug-free country.

This position is dictated by the leaders of the movement, who coordinate the processes from the political office in Doha. The militants are now struggling to create a positive impression of themselves for international recognition. “There is a huge difference between us and the Taliban 20 years ago,” Zabiullah Mujahid convinces everyone. In support of their words, they promised to fight climate change and to provide women with the right to a safe educational environment.

However, the question of how long they will keep their promises remains open. Yes, even if the group has undergone changes in 20 years, its values ​​are all based on the same ideological foundation. It cannot be ignored in an attempt to understand what the real goals of the Taliban are now.

Back to The Future

The Taliban was founded in 1994. The members of the group are predominantly ethnic Pashtuns, and the word “Talib” in Pashto, one of the official languages ​​of Afghanistan, means “disciple.” The fact is that the movement originated in Pakistan’s Islamic religious and educational schools, the so-called madrasahs.

These schools were run by clerics who reported directly to the leaders of Pakistani Islamist parties closely associated with intelligence and funded by the wealthy families of Saudi Arabia.

The Taliban invaded Afghanistan. What awaits the country with terrorists? More than a thousand of these educational institutions were located near the Pakistani-Afghan border. And the first followers of the Taliban were the former mujahideen who fled the country during the bloody 1979-1989 Afghan war.

Most of them grew up in camps virtually isolated from the outside world, and from childhood, they were introduced to radical Islam in Pakistani madrassas. Many of these schools taught not only religious doctrines but also martial skills. The students dreamed of returning to their homeland and establishing the orthodox Islamic order there.

The entire ideology of the Taliban and the way of life of the members of the movement are completely dictated by their official religion – the militants profess one of the areas of radical Islam called “ashharism”. In the early 1990s, the Taliban introduced Sharia norms in the territories under their control, and subject violators or adherents of other confessions to severe persecution and punishment, including the death penalty without trial, and it is the repetition of this story that the people of Afghanistan now fear.

Equally important for the Taliban is the “Pashtun Code of Honor”, ​​which regulates the lives of followers according to six key values: self-esteem and national pride (gayrat); honor, reputation, a good name (nango-namus); piety, conscientiousness and decency (imandari); perseverance and determination (sabat and is Tiamat); equality (musavat); retribution (Badal).

Pashtuns consider themselves the most consistent followers of Islam. However, their rules are often completely opposite to what is written in the Qur’an and hadith.

The founder of the Taliban is considered to be a mujahid and a veteran of the struggle against the Soviet army in Afghanistan, Mullah Mohammed Omar. Coming from peasants, he received only primary education and found his vocation in military affairs. He was wounded four times during the fighting and lost one eye. Omar gathered a group of radical madrasah students and with their help began to spread his ideas in Afghanistan.

After the Soviets left Kabul, a civil war raged in the country. Taliban militants took advantage of the internal division and by 1996 had seized power over the entire country. Members of the movement convinced civilians that the Mujahideen had betrayed their religious ideals. Against their background, the Taliban seemed more righteous and fair to the locals. At first, the residents greeted the militants hospitably, as they perceived them as getting rid of the civil strife of the Mujahideen.

But once the Taliban were in power, their true intentions surfaced. They established strict Sharia law in the country and banned most of the entertainment available to residents. Afghans lost their film and television, computers, painting, music, and musical instruments. They were not allowed to drink alcohol or discuss sex openly. Even traditional Afghan customs such as flying kites were banned. Local residents were not allowed to wear white shoes, as their color coincided with the color of the Taliban flag. The men were required to wear beards and pray regularly. Women were banned from working, studying, and leaving home without a husband or male relative, and women’s schools were attacked.

The Taliban’s conservative approach to governing the country was largely dictated by the leaders. Today, the movement is run by militants who were active in massacres of the population in the 1990s.

They have already begun to break the promises they made immediately after coming to power. Thus, women were promised positions in the government, but they were only allowed to public positions below the level of the minister. In addition, women were banned from appearing on radio and television, although the opposite was initially stated.

During the first rule of the Taliban, Mullah Omar became the official head of Afghanistan, and in 1996 he assumed the religious title of “ruler of the faithful.

The politician was distinguished by radical views and supported the establishment of a conservative regime in the country. At the same time, he was a secretive person, rarely appeared in public, and did not communicate with the media. The images of the ruler were also not disseminated. There is still little reliable information about Omar’s death. It was reported twice – in 2011 and 2013, and the exact cause is still unknown.

After Omar’s death, Mullah Akhtar Mohammad Mansur became the new leader of the group. However, his reign did not last long, in 2016 the militant died in Pakistani territory as a result of an attack by an American drone. The mullah’s successor was one of his deputies, Khaybatullah Akhundzada, who leads the movement today. In official statements, the Taliban call him the ruler of the Islamic Emirate of Afghanistan.

The current leader of the Taliban studied at a madrasah in the Pakistani city of Quetta, where, according to some sources, he met Omar.

Akhundzada fully shared the views of the mullah, quickly won his trust, and joined the ranks of the Taliban immediately after the creation of the movement. When militants came to power in Afghanistan in 1996, he took over as deputy head of the Supreme Court and also headed the military court in Kandahar. Akhundzada became known for his ruthlessness towards the accused and regularly passed death sentences. Because of such cruelty, even the Taliban themselves are still afraid of him.

Like Mullah Omar, Akhundzada tries not to appear in public. The last photo of him was published the other day, but it is impossible to say with certainty exactly when it was taken. From here rumors about the possible death of Akhundzada are multiplied. However, there is another version. According to Afghan expert Sami Yusafzai, the Taliban leader has a conservative approach to technology and simply does not know how to use a smartphone.

Abdul Ghani Baradar is considered the Taliban’s diplomatic representative. It was he who, in 2020, signed an agreement on behalf of the movement with former US President Donald Trump. Under the treaty, Washington agreed to withdraw its troops and release about 5,000 Taliban prisoners, while the militants pledged to prevent terrorist groups from using Afghanistan’s territories and resources. 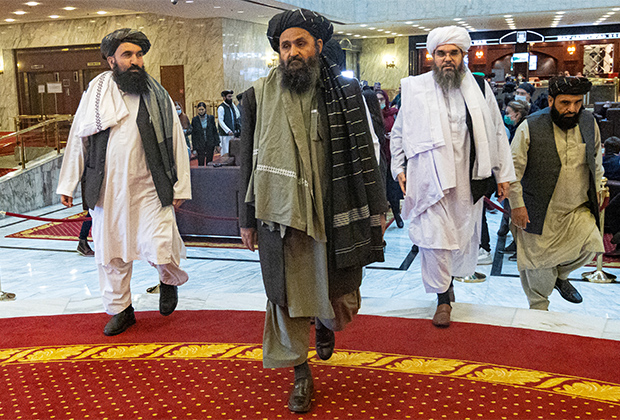 Baradar has worked hard to rehabilitate the group’s diplomatic image. Among the Taliban, he is considered a prudent and rational politician.

Another important representative of the Taliban is the son of the founder of the movement, Mullah Omar, Mohammad Yakub, Akhundzada’s deputy for military affairs. Since 2020, he has coordinated all major military operations of the movement in Afghanistan. The militants considered Yakub’s candidacy for the post of head of the movement after the death of Mansur but considered him too inexperienced for this position.

Yakub made a significant contribution to ensuring the movement of financial resources. In 2016, he created a special finance committee that, under his leadership, increased the Taliban’s revenues by $ 1 billion. Yakub enjoys the support of Baradar and shares his moderate views on politics.

So, after the seizure of power in Afghanistan, it was he who urged the militants to refrain from looting, and also made sure that markets and shops continued to work in the country. It’s time to prove that we can serve our nation and provide safety and comfort for its life.

Having seized power in the country, the Taliban leaders make all statements on behalf of the Islamic Emirate of Afghanistan. This is not a new entity, the Taliban have been calling their country that way for over 20 years.

But now, as stated, the Emirate should be headed by an inclusive government, which will include not only members of the movement, but also representatives of other peoples and political forces. This is exactly what the world community expects from the militants – this is the only way they can get official recognition.

But the Taliban themselves have been slow to live up to expectations. According to the latest data, the above-mentioned leaders of the movement have already received key positions in the government. Members of the previous Afghan administration were not invited to the new cabinet.