The Best Ferraris of All Time 2022 When it comes to cars, Ferrari stands alone. In fact, there is no car brand that can match Ferrari, the epitome of the pinnacle of Italian styling and European engineering. Ferrari has consistently produced one amazing car after another.

The company has been in business for so long and has been so successful that today Ferrari is the most influential brand in the world according to Brand Finance.

In 2012, the 1962 Ferrari 250 GTO became the most expensive car in history, selling 38.1 million. If that’s not enough, Ferrari is also closely associated with Formula 1 racing, where it is the most successful racing team, has the most championship titles, and has produced the most winners in history. With all this in mind, we bring you the following list of the 10 best Ferraris of all time.

The Best Ferraris of All Time 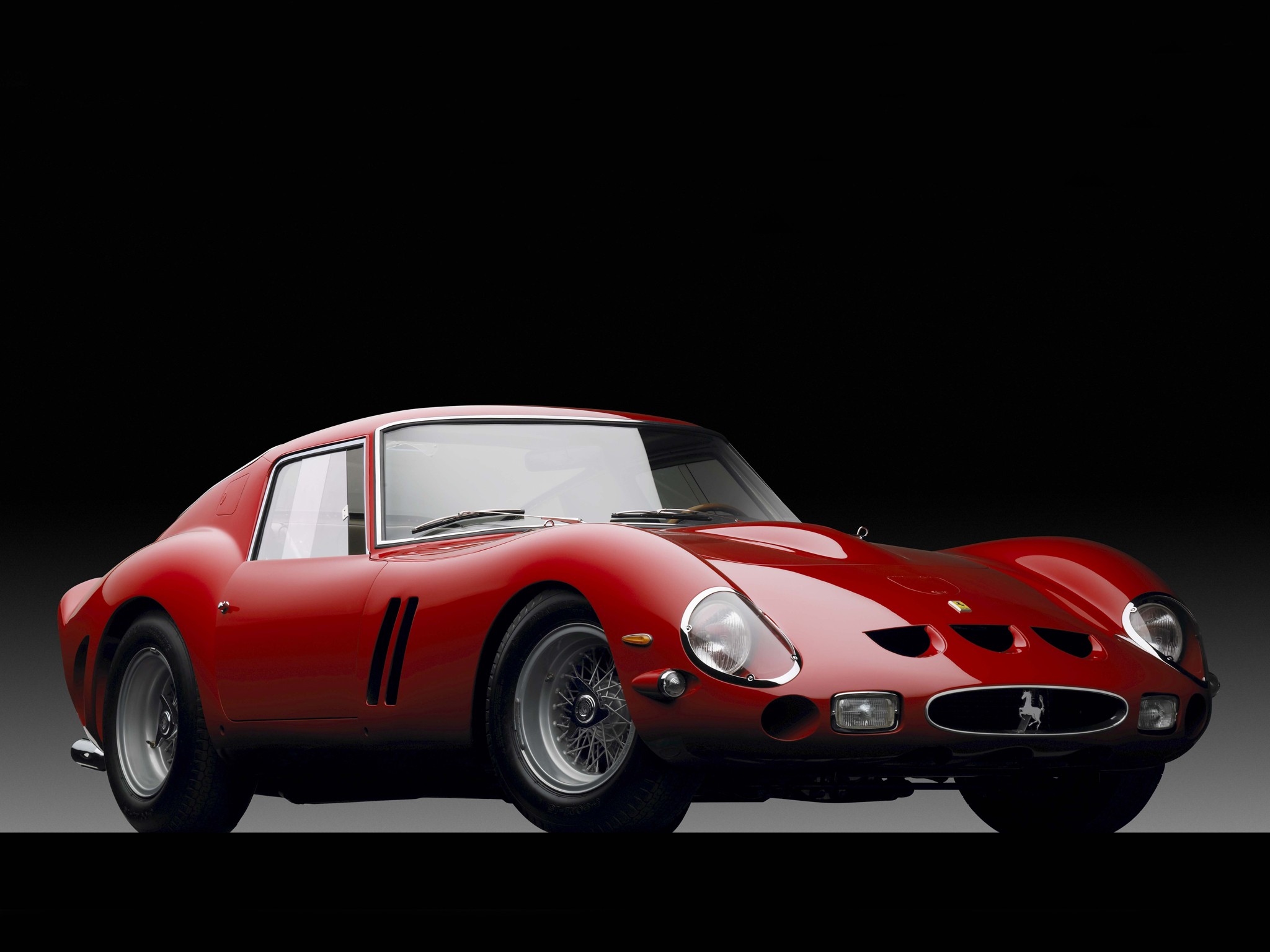 This Ferrari is a rare racer, which is why it sold for almost $ 40 million a few years ago and is considered the most expensive car in automotive history. Most car collectors would agree that the 1962 Ferrari 250 GTO is worth its high price tag with a 300 horsepower V12 engine.

This engine, along with its chic design, helped make the 250 GTO an automotive icon. Although it was built primarily for racing and has become a model for generations of

Ferrari racing cars, the 250 GTO also owes its style and beauty to its place among the great Ferraris. This car strikes with its elliptical grille topped with unmistakable triple vents; a huge rear wing and endless quad tailpipes; air vents at the rear of the front and rear wheels and a large integrated spoiler.

In the modern era of low-profile tires and large diameter wheels, the tall black GTO sidewalls and Boranni wire wheels are a thing of beauty. Each of the 36,250 GTOs produced between 1962 and 1964 still exists today. But good luck finding what’s for sale 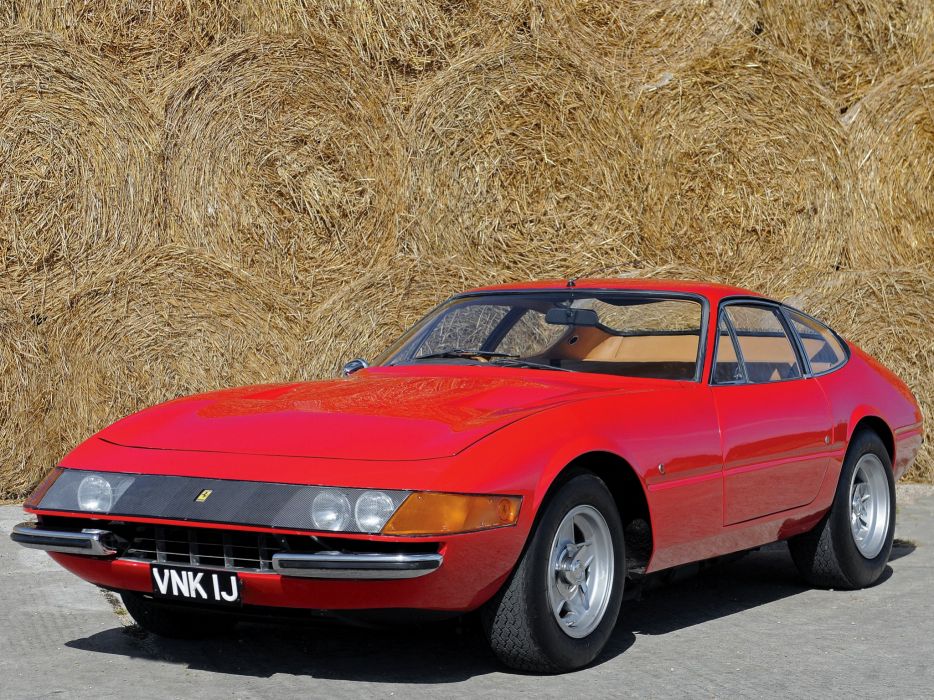 Actor Don Johnson, known in Miami Weiss, had a great taste for cars. The black Daytona he drove in Miami Vice has eclipsed all the other cool cars on the show, and that says something. The sleek wedge shape of the 365 GTB / 4 was virtually unchanged, with a neatly curved front end flanked by large yellow sidelights.

There was nothing dramatic about the touring-style long hood, but it gives the Ferrari Daytona a graceful shape. Under this sleek bonnet sits a powerful 4.4-liter V12 engine powered by six Weber 40mm dual-choke carburetors, which together with an excellent balance of weight, provide impressive driving dynamics in the GT.

While the Spyder version of this car was Sonny Crockett’s favorite car, the hardtop is a decent option with its long sloping roofline and sleek exterior. Miami cops have never looked so cool.

If there is a Ferrari Spyder that collectors around the world yearn for, this is it. The California nameplate on this Ferrari means it was made for wealthy Americans to drive and flaunt.

Famed automotive genius Scaglietti designed the California Spyder as a convertible interpretation of the iconic 250 GT (mentioned above), and it has kept the concept light and simple with aluminum in the hood, doors, and trunk.

The long wheelbase and long bonnet give this car an elegant look, especially with the top down. The fact that only 50 of these cars have ever been produced makes it a true collector’s prize. Very much in demand at the auction.

The 1957 Ferrari 250 Testa Rossa is considered by many to be the most well-designed Ferrari ever built. Design aside, this car was also a fierce competitor in its day and literally destroyed everything in its path on the race track. It was the 1957 Ferrari 250 Testa Rossa that won the 24 Hours of Le Mans in 1958, 1960, and 61 and was the last front-engined car to win the revered race.

The 250 Testa Rossa, or “Red Head” as it was called, gets its name from its red-painted valve covers. The body of the Ferrari 250 Testa Rossa, designed and built by Scaglietti, was best known for its large pontoon fenders extending to the base of the front glass. Today, this car is considered the second most expensive Ferrari (after 250 GTO), sold in recent years for $ 20 million. The Ferrari 512 BB is small, but don’t be fooled – it’s a serious car to drive. The mid-engined car is a true Berlinetta Boxer, powered by a five-liter 12-cylinder engine with two rows of six horizontally arranged cylinders.

This Ferrari model outperformed the 365 GT4 / BB version it replaced in 1976, with a sharp front end that barely protrudes above the front fender niches, making the car incredibly sleek.

Safety and functionality are understated, although present in a simple front bumper and a small, low-slung NACA air duct. But it’s the sharply protruding black engine shrouds and massive rear tires that add a touch of danger to this ultra-cool Ferrari. 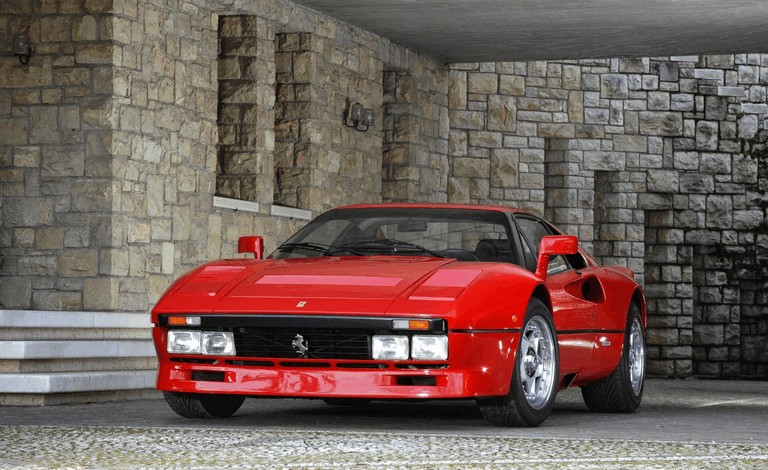 The best Ferrari produced in the 1900s was the 1984 288 GTO. By all accounts, it was Ferrari’s first “supercar” and was truly impressive for its time. This car actually turned the luxury car industry upside down. More than a few people reading this probably had a poster of this machine on their bedroom wall as a child.

It was built as a low-performance car, but due to high demand, Ferrari exceeded the required production quota of 200 cars by 72. All road cars were purchased before they were built.

The 288 GTO’s 3.0-liter twin-turbocharged V8 exceeded the 186 mph mark, making it the fastest production car in the world. It was wonderful to look at, too. Seeing one of these cars with your own eyes is a mind-blowing experience that you are unlikely to forget.

The 1967 Ferrari Dino 206 GT seems to become more and more popular over time. Although the Dino initially sold poorly when it was released in 1967, this car has proven over time to offer agility and unique design. The Dino was Ferrari’s first small sports car designed to boost sales. While some people objected to the car’s small size, the Dino won over would-be owners when they got behind the wheel.

This car has an understated look, with a flat front and a sloping tail. But with curved front fenders and slender side deflectors, it has the same elegance as the more expensive Ferraris.

And now that purists have embraced it as a true Ferrari, the Dino has become a coveted collectible. It’s fair to say that the 1967 Dino 206 GT was a success. 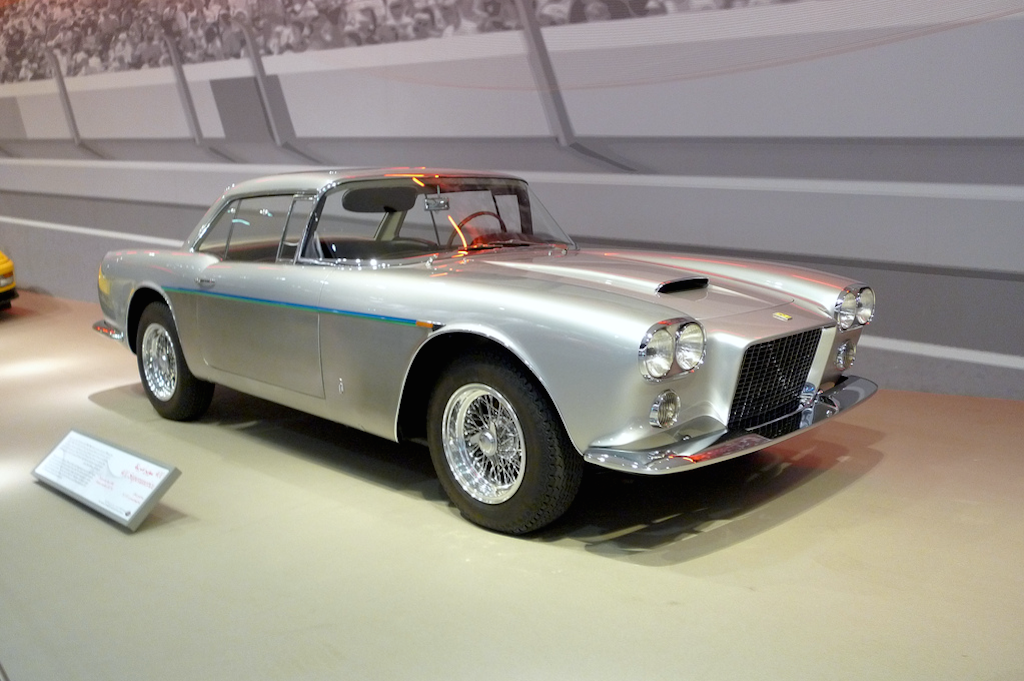 While some people consider the 1959 Ferrari 400 Superamerica Coupé Speciale kind of special, the first 400 Superamerica, with its unique looks, turned out to be a very special car.

Fiat executives wanted something different in 1959, so this unique Ferrari with three gearboxes in a Coupé Speciale, built specifically for Fiat boss Gianni Agnelli with a 340 horsepower V12 engine under the hood, was unveiled at the Turin Salon.

Yes, the car was boxy and handsome, something no other smoother Ferrari could match – with a tall rectangular grille, chrome headlights, a thin chrome bumper, and a tall greenhouse with around windshield.

Most people do not recognize this car as a real Ferrari, but this is what makes it so unique and worthy of a high place on this list. 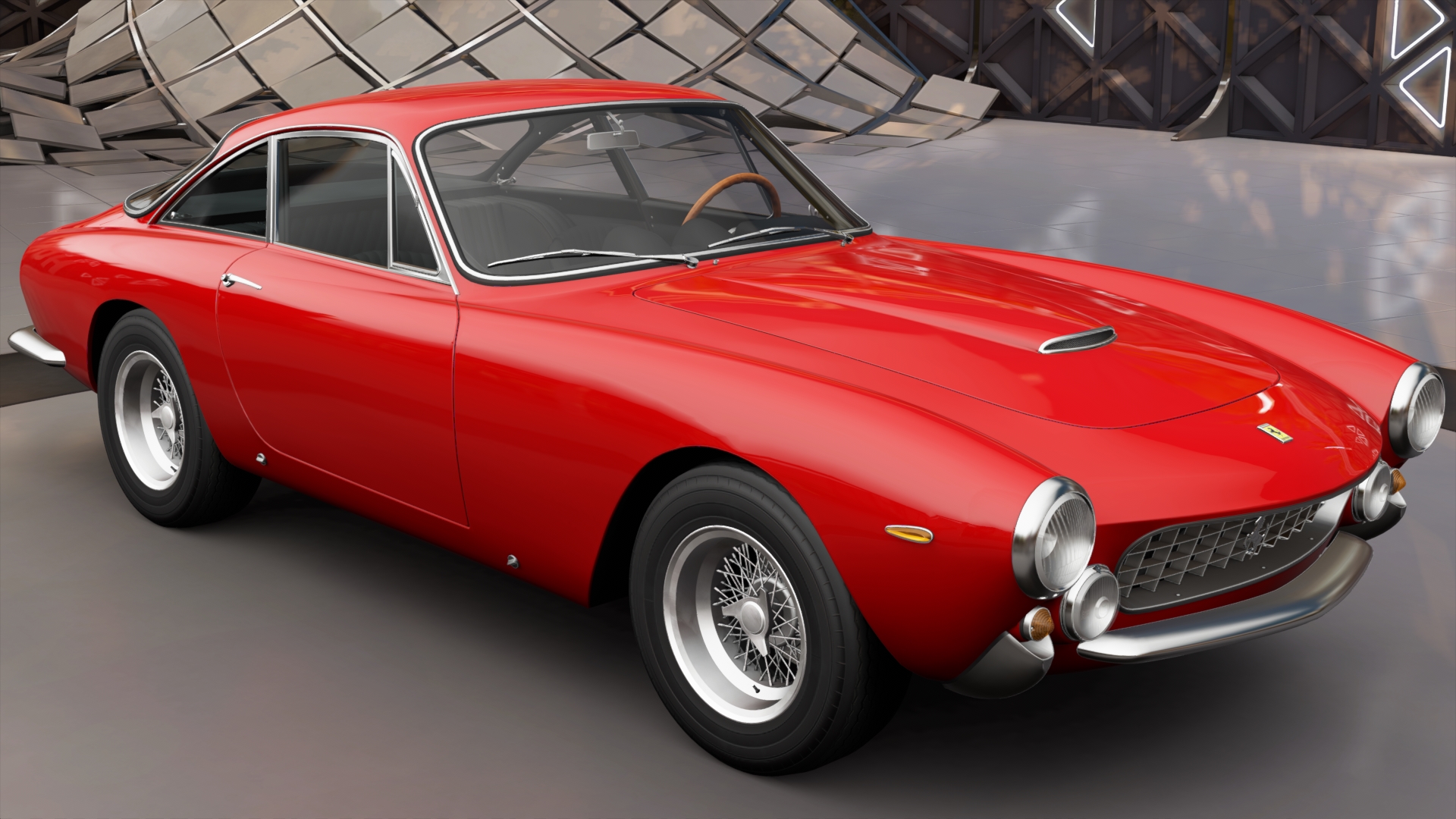 Ferrari fans who know the 250 GT Lusso well call it simply the “Berlinetta Lusso”. Unlike many other Ferraris of the 1960s, the Lusso was not built for racing. Instead, it was built primarily as a luxury retail vehicle.

And, compared to the 250 GT Berlinetta, this car is much more curvaceous and stylish, boasting more interior space and luxurious equipment, as well as an upscale interior, which was seen as a welcome change from the tougher and more racing Ferraris, that existed up to this point.

1962 The 250 GT Lusso Berlinetta was and remains a gentleman’s car. Plus King Tough himself, actor Steve McQueen, bought it. 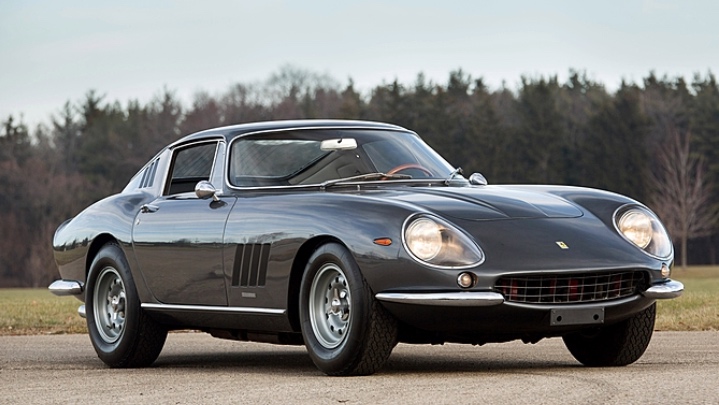 Red has always been synonymous with Ferrari, not yellow. Unveiled at the 1966 Paris Motor Show, the 275 GTB / 4 was spectacular at the time and remains gorgeous to look at today. It is the successor to the aforementioned 250, with a wide egg crate grate leading up to a long flat hood and three sets of shark gill holes that accentuate its simple profile.

Ferrari’s first production car with four overhead camshafts and a 3.3-liter V12 engine capable of producing 300 horsepower is a GT car that is as fast as it is beautiful.

The 1966 Ferrari 275 GTB / 4 Berlinetta isn’t nearly as dramatic as the 250 but is still considered one of the most beautifully designed and built Ferrari cars. A true masterpiece is worthy of any car collection.

Also, read. The 10 Most Underrated Cars On The Market Today