The Best Horror Movies of All Time: Top 15

The Best Horror Movies of All Time

Neat and determined student Kathleen is preparing to defend her dissertation. But one day, when the girl returns home, she is bitten by a vampire. Kathleen turns an undead and discovers that her intelligence is only growing. Looking at the world in a new way, the heroine realizes that everyone around her is obsessed with something, as she is – with blood.

There is a war going on in post-revolutionary Tehran of the 1980s. Former medical student Shideh, fleeing shelling, locks herself in a house with her daughter Dorsa. But it turns out that they are surrounded by other dangers. For example, evil spirits.

The full-length debut of Iranian director Babak Anwari combines elements of mysticism tied to national mythology and memories of the real horrors of revolution and war. And therefore, the experiences of the heroines seem doubly terrible.

As a child, Lucy spent a whole year in an abandoned slaughterhouse, where unknown people mocked her. The girl managed to escape and was placed in an orphanage, where she befriended Anna.

Lucy complained to her friend that she was being haunted by a creepy ghost, and associated this with the need to find the villains. But even after taking revenge years later, she cannot get rid of the glamor. Anna discovers that all the troubles are associated with a sect obsessed with the afterlife.

This picture may not have seen the light: due to too violent scenes, the studios refused to finance the film, and Pascal Laugier was not easy to find sponsors. The actresses had no less hard time: the director made them cry constantly, which was very exhausting.

The “Martyrs” were scolded for naturalistic violence, but many appreciated the provocative story. But the 2015 American remake is a complete flop.

Shigeharu Aoyama’s wife had already passed away seven years ago. At the insistence of his son, the hero decides to find himself a new life companion and, with the support of a producer friend, arranges a fake audition. Aoyama falls in love with one of the candidates, but it turns out that she has very strange inclinations.

The Japanese painting is based on the novel of the same name by Ryu Murakami. In the best traditions of the author, she combines a dramatic and even almost romantic plot with transcendental cruelty. At the premiere, some critics were rumored to faint from particularly naturalistic moments. 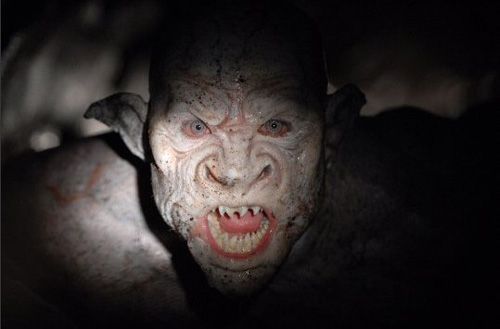 Six lovers of extreme recreation go to the mountains to visit the cave. Suddenly, the entrance is blocked, and they have to find another way. But dangerous creatures await them in the dark.

Neil Marshall made a low-budget horror movie at the dawn of his career for just three and a half million dollars. Suddenly, he shot at the box office and brought the creators almost 16 times more. At the same time, Descent took the Saturn award for Best Horror Film.

The painting conveys to the audience the claustrophobic feeling of being locked in a cave. And evil here often hides in the shadows, which is more frightening than any special effects. 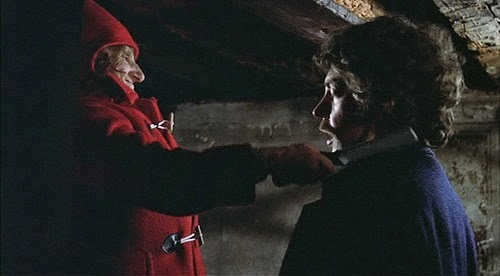 Trying to recover from the death of their daughter, John and Laura Baxter move to Venice. But it is impossible to get distracted: a maniac is operating in the city. Soon, the couple meets strange sisters, one of whom calls herself a medium and says that she has a message from a dead girl.

The writer Daphne Dumorier, based on whose book the film was made, usually scolded the film adaptations of her works. But in the case of Don’t Look Now, even she was pleased with the result. Moreover, the author of the painting, Nicholas Rogue, added references to the books of Thomas Mann and Marcel Proust to the plot of the original.

In this picture, not only the mixture of mysticism and thriller at the base is scary, but also an unusual approach to shooting with sharp editing and surreal inserts.

Having lost his wife and daughter, music professor John Russell moves to another city and settles in an abandoned house. Soon he begins to sense someone’s presence. It turns out that the building is still inhabited by the ghost of a boy who died under mysterious circumstances many years ago.

The classic story of a haunted house in the hands of director Peter Medak has turned into a dark drama about human cruelty.

The picture turned out to be so impressive that it was named the best horror film of the year. And later on “Defector” was referred to in other films: from “The Bell ” by Gore Verbinski to “The Others” by Alejandro Amenabar.

8. A Story of Two Sisters

Soo Mi and Soo Young return home from the mental hospital. They continue living with their father and stepmother, but soon strange things begin to happen around them. The sisters see the ghost of a dead woman, and bruises appear on Su Yeon’s body.

The Korean film is based on the folkloric “The Tale of the Rose and the Lotus”, which turned into a horror movie with an unexpected ending. Korean authors mixed a mystical atmosphere with a psychological thriller, which gave such an impressive result.

Carlos, a young orphan living in Spain during the Civil War, enters the Santa Lucia boarding school. There he encounters a thief who plans to steal gold from the safe of the orphanage. The ghost of one of the mysteriously deceased students helps to resist the villain.

The film was shot by the famous director Guillermo del Toro. Moreover, the author himself often calls it his favorite work and considers the more popular “Pan’s Labyrinth” to be the spiritual heir of the “Devil’s Ridge”.

Shot from the movie “Shelter”

Laura, together with her husband and children, returns to the orphanage where she once grew up. The institution has been closed for a long time, but the heroine plans to give it a new life.

On the very first day, while walking around the neighborhood, son Simon says that he sees a boy with a bag on his head in the cave, but his parents do not believe him. And right during the opening of the orphanage, the child disappears.

Juan Antonio Bayona’s debut film clearly continues the ideas laid down by Guillermo del Toro in the previous film on our list. By the way, this famous director was the producer of “Shelter”.

The combination of a scary tale and a drama about traumatic memories and childish cruelty makes the viewer relive all the events together with the characters.

Mark works for the special services and is often forced to go on business trips. Returning home once again, he sees that his wife Anna began to behave coldly and almost abandoned the child. Mark is trying to figure out the reasons for this change. And Anna’s condition is getting worse.

Andrzej uławski’s only English-language work is based on his personal experiences: the director went through a difficult parting with his wife Malgorzata Braunek, and exactly at the same time – in the mid-1970s – the Polish government banned him from making films.

Zhulavsky left the country and returned to work only in the early 1980s. All this is reflected in the art-house horror, which is often compared to the works of David Cronenberg and Roman Polanski’s “Disgust”.

Spouses Anna and Georg come to their country house with their son. Soon they meet a couple of young people. They behave extremely politely but then turn into real psychopaths. They take the family hostage and offer them “games” – cruel life and death tests. The Best Horror Movies.

The idea for the film began when director Michael Haneke decided to write an essay on violence. That is why the creepy film is not dedicated to ghosts or monsters, but to ordinary people. Although by the end of the “Funny Games” surreal events begin to take place.

Interestingly, 10 years later, Haneke himself shot an English-language remake of the film. But the new version did not impress the audience so much.

Young and beautiful, but reserved Carol works as a manicurist and lives with her sister. The girl meets with a fan of Colin but denies him intimacy. The thing is that she is afraid of any sexual contact and even after a kiss she thoroughly brushes her teeth. Gradually, her fears turn into real madness.

Roman Polanski made a horror film that is very easy for the viewer to believe. And this applies not only to the topic but namely to aversion to everything carnal. The film is staged in such a way that the viewer himself seems to plunge into the world of the heroine’s madness. The Best Horror Movies

2. Eyes Without a Face Christine – the daughter of Dr. Genessier – is presumed dead, she was allegedly kidnapped and killed by unknown villains. In fact, the girl is hiding in her father’s house, as her face is disfigured after a car accident. Genessier and his assistant lure strangers into the estate and try to sew their faces to Christine, but each time to no avail.

At first, viewers and critics took Georges Frangu’s picture extremely negatively: everyone was shocked by the realistic scenes of plastic surgery. But over time, “Eyes without a face” became a cult. John Carpenter came up with the character of the villain from ” Halloween “, in part focusing on the creation of France.

Plot echoes can also be seen in Pedro Almodovar’s The Skin I Live In and many other horror films. Although the author himself refused to call “Eyes without a face” horror, considering it a story about mental suffering. The Best Horror Movies.

A London nobleman hires Miss Giddens’ governess to keep an eye on his orphaned nephews. The girl settles in the Bly estate and soon notices that the ghost of her predecessor lives in the house. The Best Horror Movies.

The adaptation of Henry James’ book “The Turn of the Screw” became a real milestone in the development of horror films. Here, fear is whipped up not by screamers and monsters, but by the atmosphere of uncertainty and danger, which scares the viewer much better.

Which horror films impressed you the most amongst Top 15:The Best Horror Movies? Perhaps there are little-known paintings that you find the most terrifying. Let us know in the comments!