6 Types of Depression and How To Relieve it

Depression is something that affects many, but what many do not know is that there are several types of the disease. 6 types of depression and how to relieve it.

They can express themselves in different ways and some of them are easy to miss.

Here we go through some types, their symptoms, and how they are treated.

How common is depression? In a survey conducted by the Swedish Public Health Agency in 2017, every fifth Swede has been diagnosed with depression at least once. About one-third have recurrent depression and women are diagnosed to a greater extent than men.

Depression is characterized by depression that persists for more than two weeks. Those who are a depressing experience that things that were previously interesting or entertaining do not evoke the same commitment and joy. Sleep disorders, listlessness, irritability, anxiety, and altered eating habits are also common.

HOW DO YOU KNOW IF YOU ARE DEPRESSED? COMMON CHARACTERS

Here are some common symptoms of depression:

• Sleep problems: Difficulty falling asleep, waking up several times during the night or sleeping too long.

• Lack of interest and joy in the face of things that previously made one happy.

• Decreased or increased appetite, possible weight gain or weight loss as a result.

• Pain and tension in muscles, often shoulders and neck.

• Thoughts of harming oneself or taking one’s life, but also thoughts that it would be better not to live.

Today, the condition is referred to as a common disease. It is true that it is a widespread health problem, which leads to great mental suffering.

Why do you get depressed?

There is a hereditary factor when it comes to depressive disorders, often you can see that the person affected has a close relative with similar experiences. It can depend on genetics, but also on growth factors.

Depression can be triggered by difficult events in life, both individual and those that take place over a long period of time. Illness, death, job loss, relocation, or separation are examples of events that can lead to depression.

What Can I Eat During Pregnancy?

One theory is that there is an imbalance between different neurotransmitters, such as norepinephrine, dopamine, and serotonin, in depression.

Below we go through six different types of depression.

The most common type of depression is called major depression. The disease can be divided into different degrees: mild, moderate, and severe.

With a mild or mild depression, you can cope with everyday activities despite your deteriorating mood.

In the case of moderate or moderate depression, you have problems coping with your usual activities as a result of your depressive symptoms.

For example, melancholy can be diagnosed if there is a pronounced weight loss due to loss of appetite, decreased libido, if you suffer most from your depression in the morning, wake up early in the morning, and do not react emotionally to things that would normally create a reaction. 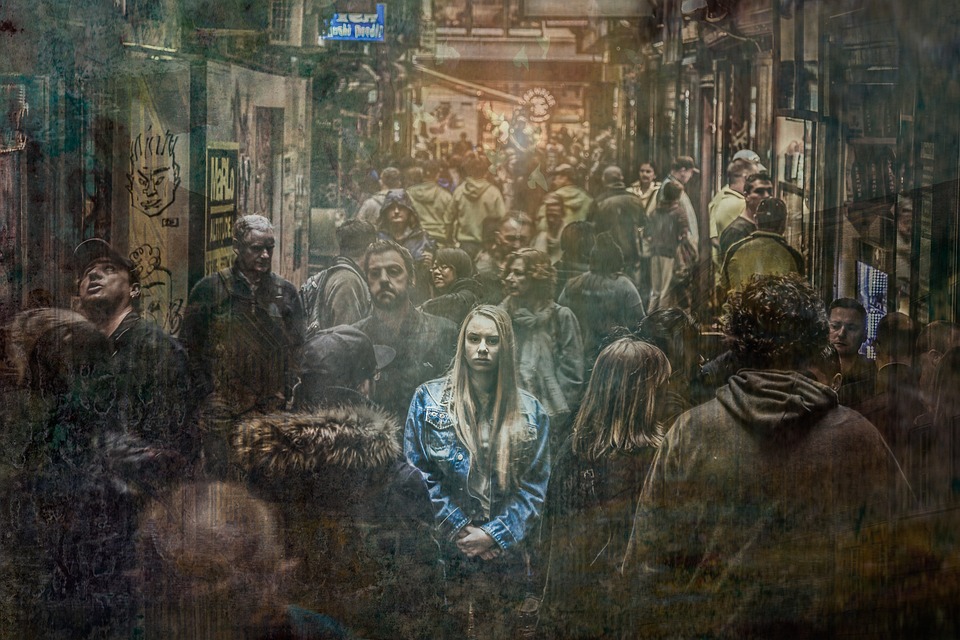 Actual depression usually goes away on its own, but it can take a long time and a deteriorating mood increases the risk of suicide. Therefore, it is good to seek help as soon as possible.

Treatment: The National Board of Health and Welfare’s guidelines recommend that patients with major depression, regardless of severity, be offered therapy. Cognitive-behavioral therapy, CBT, has been shown to have a good effect and is what primary care most often offers. Other types of psychological help such as conversational support and psychodynamic therapy can also help.

Since there is the support that physical activity can help, the National Board of Health and Welfare believes that this is also something that healthcare can help the depressed with. Drug treatment with antidepressants is also common, for example with serotonin reuptake inhibitors (SSRIs).

Dysthymia can be described as a milder but chronic type of depression. It is a mood disorder that begins to develop at an early age, and those who are affected can go their whole lives without understanding that they are actually depressed.

– It is more difficult than depression but easier than actual depression. You have very negative thoughts that color the whole world in shades of gray. It’s a basic mood, it’s almost a personality trait.

The reason for developing dysthymia is not clear, but it is believed to be due to both congenital vulnerability and growth factors. Children who grow up in homes where, for example, abuse or mistreatment occurs can develop dysthymia, but it is not always the family relationship that is the explanation.

Treatment: Dysthymic patients should be offered treatment with antidepressant drugs, according to the National Board of Health and Welfare’s guidelines. Combined treatment of drugs and CBT can also be offered in some cases. Self-care in the form of adhering to healthy routines around diet and exercise is also good.

It is not uncommon to be depressed in connection with having children. Many people experience a dip shortly after giving birth, where they may feel strong anxiety, feel sad, and lost in parenthood. Baby blues, as it is called, are hormonal and usually go away within a few days. It is if you get stuck in the depression for more than two weeks that you usually talk about postpartum depression.

In addition to the classic symptoms of depression, writes that it can happen that you have thoughts of harming yourself or the child and that you feel strong feelings of guilt towards the baby. Even the co-parent can become depressed after the baby’s arrival. Postpartum depression is also called postpartum depression.

How to help your child with depression

In the early 2000s, a Swedish study was conducted where it was seen, among other things, that the risk of getting depressive symptoms is greater if you experience a lack of support from your partner and the environment. It also seems that a previous history of depression may increase the risk of the disease recurring during pregnancy or after childbirth.

Treatment: It is important to seek help if you are pregnant or have just had a child and suspect that you are depressed. The treatment looks the same as with actual depression: You can receive talk therapy, antidepressants, or both.

Do you get depressed during the winter months? You are not alone in being low. In fact, it may be a seasonal depression – something that is thought to affect about ten percent of the population. These depressions are recurrent and follow the same pattern.

The most common is to become depressed during the autumn and winter, and then feel better during the sunnier months of the year. but there are also those who suffer from spring and summer depression. To get the diagnosis, you must have been affected at the same time two years in a row.

Why you get this depression is not clear, but there is a suspicion that our biological clock ends up out of step with the seasonal changes.

It is most common to go into a seasonal depression in late autumn, but there are also those who become depressed when the hours of sunshine increase again in the spring. Photo: Shutterstock

Treatment: Antidepressant drugs can be used for seasonal depression. If the depression occurs in late autumn and winter, it may work to expose yourself to more light. A walk during the day’s sunshine can be soothing, but something that is also being studied is light therapy. Light therapy means that the patient is allowed to sit in a light room with lamps that imitate sunlight.

The National Board of Health and Welfare does not consider that light therapy should be offered to patients because there is a lack of sufficient scientific support, but the possibility exists. As with major depression, both antidepressants and talk therapy can relieve the symptoms.

Stress-related problems are the most common cause of sick leave today. The diagnosis of fatigue syndrome is not uncommon. In the past, it was also called fatigue depression, but that is somewhat misleading. The symptoms of burnout vary from person to person and not everyone who is burnt out becomes depressed. Instead, they usually talk about having secondary depression.

Sometimes fatigue syndrome is confused with depression, even though the course of the disease and the symptoms are different. In an article in Läkartidningen, psychiatrist Marie Åsberg writes that an incorrect diagnosis of depression in fatigue syndrome can prolong the time it takes to recover. 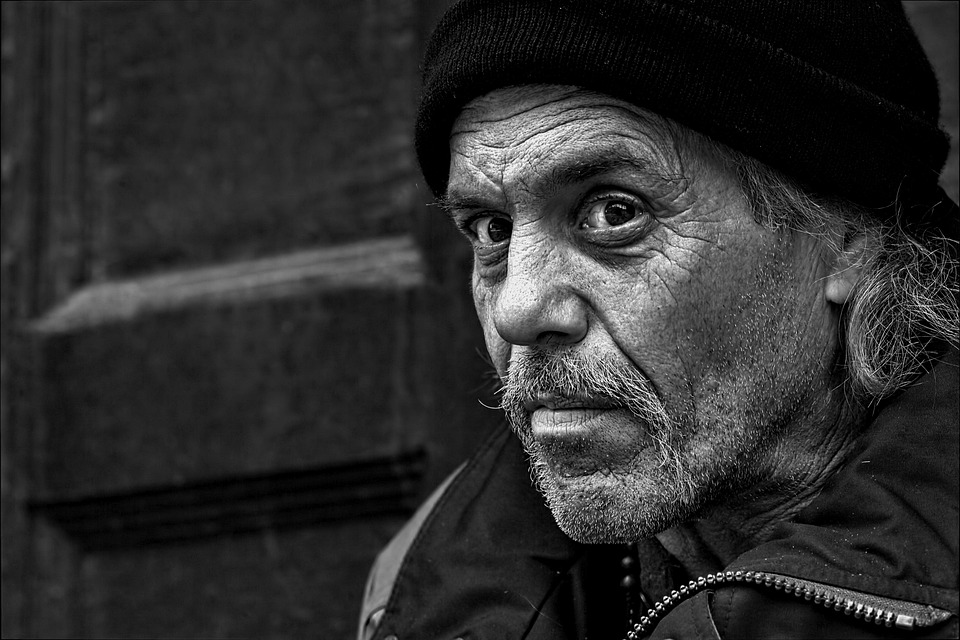 On the other hand, it can sometimes be difficult to notice that you are depressed if you also have typical symptoms of fatigue such as irritability, fatigue, anxiety, and guilt. If you are exhausted, it can be good to pay attention if any new depression-like symptoms arise.

Treatment: For fatigue syndrome with comorbidity in depression, the depression is treated with antidepressants and talk therapy, for example, cognitive behavioral therapy which can also help with fatigue.

Bipolar disorder, formerly known as manic-depressive illness, is characterized by the sufferer experiencing recurrent depression but also episodes of mania. During the manic periods, the person feels elated, has strong self-confidence and a lot of energy. In mania, it is easy for the bipolar to lose his judgment and can, for example, incur large debts or endanger his health in various ways.

The person may have periods between depression and mania where he does not show any symptoms of the disease. There is also something called a mixed state, where mania and depression go into each other or change very quickly.

The most common variant of the disease is called type 1 and means that both the depressive and manic episodes are severe. In type 2 bipolar disorder, the manic symptoms are milder and are called hypomania.

During both mania and depression, the patient may suffer from psychosis, that is, a distorted view of reality. In a depressive psychosis, it is not uncommon to suffer from delusions about being exposed to conspiracies or being persecuted, so-called persecution mania.

Treatment: In bipolar disorder, medical treatment is often needed to prevent and relieve both depressive and manic symptoms. Lithium is the most commonly used drug to stabilize the mood, but it is not uncommon to use antidepressants as well. According to 1177, most people with bipolar disorder need to combine medication with psychoeducation, conversational support, and sometimes other psychological treatment.