What Can I Eat During Pregnancy? It’s pretty confusing for pregnant women to keep an eye on things while eating. The doctor warns against sushi, salami, camembert, and the like – it sounds like a lot of rules. Does it all really have to be? Let’s put it this way: On the whole, pregnant women are allowed to eat what they like. However, some foods carry a certain risk of transmitting diseases that can harm the baby.

The baby can also become infected

Symptoms like a cold or flu can occur. “During pregnancy, however, the immune defense is reduced and the risk of illness is increased many times over,” says Flothkötter. Above all, however, the unborn child can become infected. Common consequences: miscarriage or premature birth, severe complications in the newborn. In the worst case, there is a risk of stillbirth. If a pregnant woman becomes infected, the infection is treated with an antibiotic.

That is why there are recommendations to avoid certain foods during pregnancy. Incidentally, they are similar worldwide, regardless of whether the baby bump is growing in Germany, France, or the USA. An overview of what is taboo for pregnant women – and why:

Raw milk and cheese made from it can contain listeria. Therefore, they should be taboo for pregnant women. What the cheese is made from is stated on the label. Hard cheese made from raw milk is harmless if it is very dry due to the long ripening process – for example, Parmesan.

All types of soft cheese such as camembert and brie should also be avoided. Semi-hard cheeses made from pasteurized milk – including Gouda, butter cheese, and Edam cheese – offer a safe alternative. But: Please remove the bark! This is where dangerous bacteria tend to accumulate.

However, as a precaution, pregnant women should refrain from using ready-made grated cheese, even if it was made from hard cheese. Listeria can get on the grated cheese due to a lack of hygiene during grating and packaging. A safe alternative is to buy the cheese in one piece and grate it fresh just before consumption.

The same applies to pickled cheese or cream cheese from open vessels in the refrigerated counter, for example, feta, sheep’s cheese, or mozzarella: bacteria can multiply there faster. Mozzarella and sheep cheese made from pasteurized milk are also vacuum-packed. After opening, even packaged cheese should be used within two to three days.

Grapefruits and their effects

In most countries, even in France and Italy, the same recommendations apply as ours. Only Canada classifies raw milk products as safe. The risk of infection is too low.

Fish provides healthy omega-3 fatty acids. But not every type of preparation is suitable for pregnant women

Here, too, the risk of listeriosis is increased. Some sea fish are also exposed to heavy metals and mercury. Nevertheless, fish should be on the menu once or twice a week, because it provides mother and baby with valuable omega-3 fatty acids, especially docosahexaenoic acid (DHA), which is important for the child’s normal development. 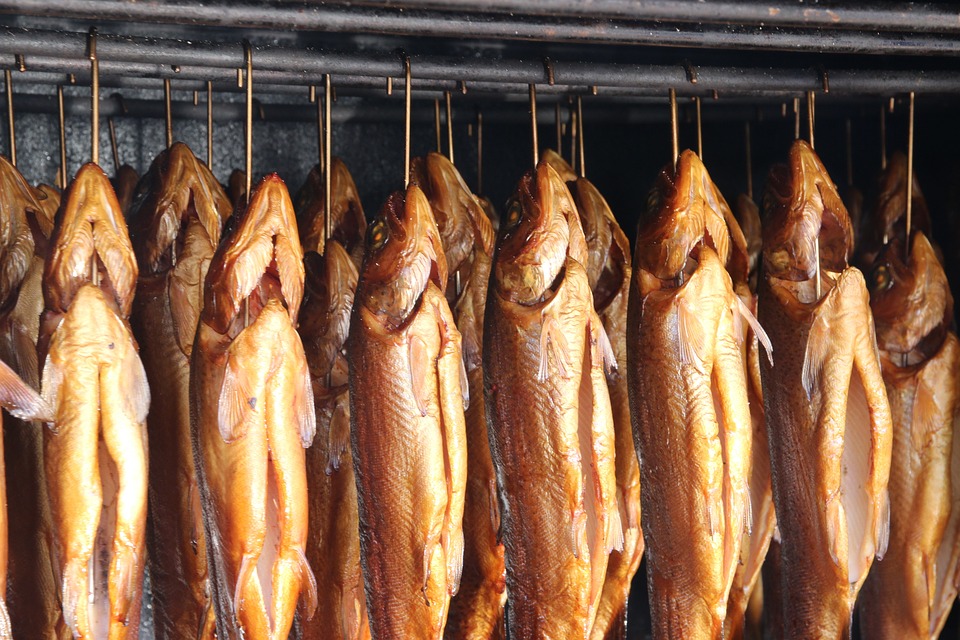 The German Nutrition Society (DGE) recommends that pregnant women consume at least 200 mg DHA per day. The rule is: eat predatory fish from the sea very rarely or not at all. The species affected include, for example, tuna and its products, as well as swordfish and wolffish. Otherwise, cook the fish well. Canned fish is also allowed.

Industrially produced, pasteurized fish marinades such as bismarck herring or rollmops, which are sold in the refrigerated counter, should be purchased well before the best-before date and consumed within two days of purchase.

What if you don’t like fish that much? Then pregnant women can ensure their DHA supply through suitable dietary supplements or DHA-fortified foods.

In Japan, doctors even recommend eating raw fish. In most other countries, however, people are just as careful as they are here.

Meat provides valuable iron and protein. However, pregnant women should be sparing with fatty sausages

Toxoplasmosis pathogens can occur in raw meat. “An infection is harmless for the mother but very dangerous for the unborn child, ” says gynecologist Professor Ekkehard Schleussner from the Jena University Hospital. The pathogens damage the development of the brain. If a pregnant woman becomes infected for the first time, she is given an antibiotic. Schleussner: “If this happens in time, we will prevent the child from becoming infected.” 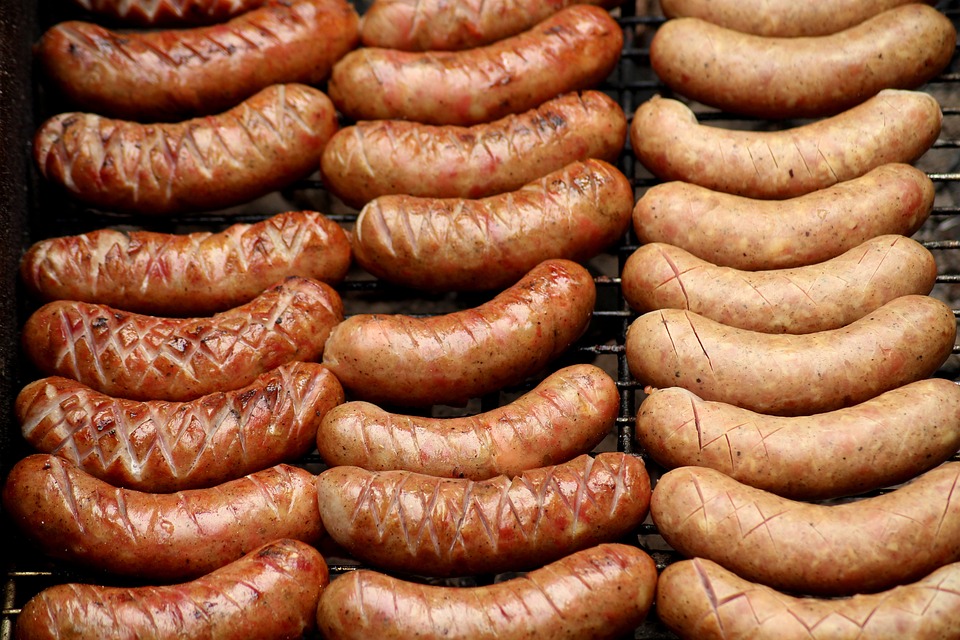 Anyone who had a toxoplasmosis infection before pregnancy is immune. That means the woman cannot get infected again. The toxoplasmosis test shows whether you are immune or not. It is not a standard benefit of the health insurance company, but gynecologists recommend it at the beginning of pregnancy. Since listeria or other pathogens can also sit on raw meat, all pregnant women should avoid raw meat and sausage products.

In addition to roasted pink meat, Mett, Hackepeter, Tatar and raw sausages such as salami, tea sausage, and Mettwurst can contain the pathogens. Raw cured meat products such as salmon and Parma ham or smoked bacon are also among the foods that pregnant women should avoid.

Sausages that have been made under heating, such as meat sausage, mortadella, or cooked ham, on the other hand, are allowed if they are fresh. In the first trimester of pregnancy, women should also avoid the liver, as it contains a lot of vitamin A, which in large quantities can be dangerous for the fetus.

The recommendations are identical. In France, the liver is completely on the index, as liver pate is popular there.

Sweets such as tiramisu, mousse au Chocolat or zabaione are prepared with raw eggs. Salmonella could be found in raw eggs and cause salmonella poisoning. It’s very uncomfortable. Affected people suffer from severe nausea and vomiting.
During pregnancy, this can lead to an insufficient supply of the baby, but the infection itself is not transmitted to the unborn child. 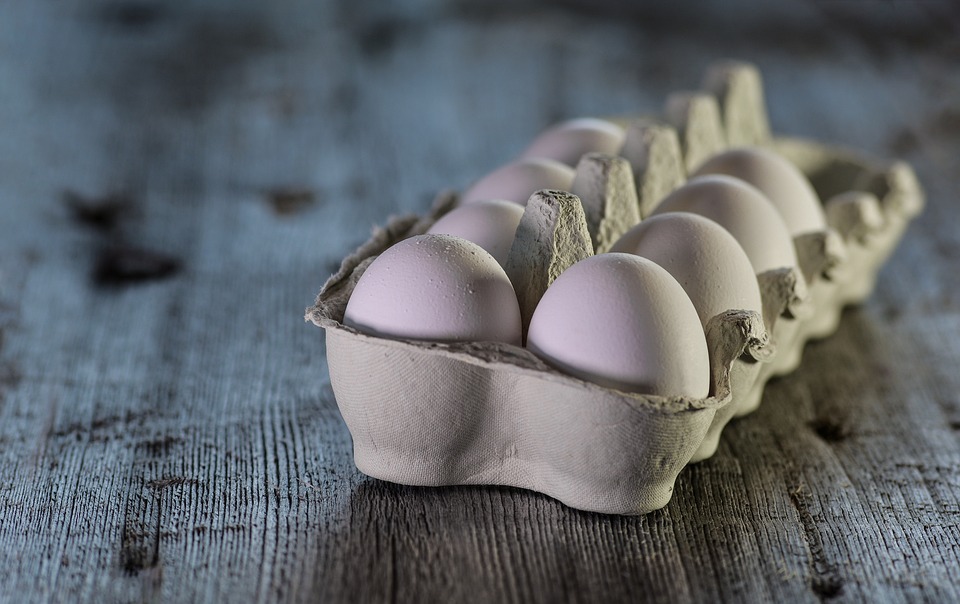 Pregnant women are better off ignoring any food that could contain raw eggs.

How To Avoid Peeing so often at night – 6 simple tricks

The same as with us. Except in Canada. There are no recommendations for raw egg dishes.

Thoroughly cleaning and prepare freshly as possible is the motto when pregnant women eat salad, raw vegetables, and fruit. Packaged mixed salads or coleslaws, as well as pieces of fruit from the refrigerated counter, are not recommended. Listeria can also penetrate here during processing and storage. Always heat sprouts and seedlings.

Just a small glass of champagne, that doesn’t hurt, does it? “We don’t know. So far, no study has been able to name a lot that is absolutely harmless to the child,” says Maria Flothkötter. Alcohol can seriously damage the development of the unborn child. So whoever stays abstinent is the best way to protect their baby.