Where Football Was Invented? History of Football Most Popular Sports

Where Football Was Invented

The first team ball games were known 3 thousand years ago. In Mesozoic cultures, they played with a rounded stone instead of a ball. The stone ball symbolized the sun, and if the team lost, then its captain was sacrificed to the deity. The very first game in which the ball is kicked appeared in China in the III-II centuries BC. It was called “juju”.

Participants played a ball on a square court. After some time, she came to Japan. They began to use it in ceremonies. But this is not the only ancient ball game. There was a similar game in ancient Greece.

The players chased a ball made from pieces of leather filled with hair. For the first time, spheres filled with air are mentioned in documents of the 7th century. In ancient Rome, the ball game was not a spectacular event. With the spread of Roman culture in Western Europe, the spread of ball games in these lands also occurred. The game was first adopted in the British Isles. But it is not known to what extent the British loved the new entertainment, how many innovations they brought to it, and what options they developed.

The generally accepted history of the emergence of football is the version of the 12th century. At that time, they played games very reminiscent of football. During the game, you could hit the ball not only with your feet but also with your fists. This very first version of football was rather brutal and brutal than the modern game.

A large number of players could have participated in this early football. Such games were held in central squares. In Florence, the game was called Calcio. It was played in the 16th century. Early games could severely injure players even end in the death of a participant and destroy city buildings. Therefore, these games were often banned.

In the 17th century, football was again allowed to be played on English streets. But it was forbidden to make money on this game. In 1835, the game of football was introduced into the general education curriculum in UK schools. But it took quite a long time for football to adopt the modern rules of the game.

For a very long time, football and rugby almost did not differ. The size of the ball was also very different, the same applies to the number of players in the team and the duration of the game.

Ball games were played in schools. Some preferred rugby. According to the rules of this game, you could grab the ball with your hands. This is how the modern game of rugby was born. And at Eton, they preferred to kick the ball. This game became the forerunner of modern football. The game of rugby was formerly called the “running game” and the Eton game was called the “dribbling game.”

For the first time, the establishment of generally accepted rules of the game was discussed in 1848 in Cambridge. But a single decision was never made. The next important step in the development of football was 1863. The first Football Association appeared in London this year.

It was decided that touching the ball with your hands is prohibited during the game. At the same time, the mass and size of the ball were determined. At this meeting, the division into football and rugby took place. But this was not yet the final decision. The game continued to evolve over the years.

The rules have remained rather vague. The number of players on the field continued to vary. The appearance of the teams also did not differ in any way. Players could freely wear caps on their heads. At the time, there was a significant difference between the Scottish and English teams.

The British preferred to run with the ball in front of the team, and the Scots threw it to another player. The Scottish method of play soon became dominant.

At first, football was a game of the working class, it was entertainment. By the end of the 19th century, the number of spectators increased significantly. As the British traveled around the world, the game of football began to spread. The inhabitants of South America and India were especially fond of her. The interest in football was growing.

The first football clubs appeared in the 15th century. But they were not organizations and did not have official status. Therefore, it has not come down to our days in which club of football players was the very first. Some football researchers suggest that it was a club called “Foot-Ball”, which appeared in 1824 in the city of Edinburgh.

For the first time, football clubs were created by former students of the schools in which football was taught. Such a club first appeared in Sheffield in the middle of the 19th century. Notts County is also one of the oldest clubs. It was founded in 1862 and still exists today. 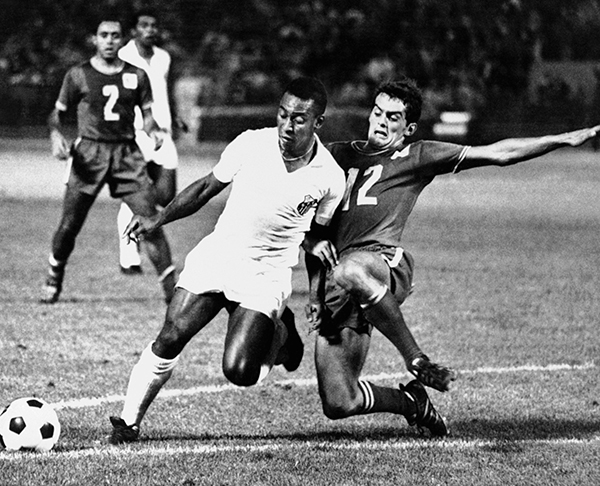 The growth of industrialization has also become important for the development of football. In factories and factories, as well as in large churches, people began to unite in teams. They consisted mainly of representatives of the working class. With the development of roads, these athletes were able to travel to matches in other cities.

Also, some clubs began to play strong players to join their teams. Thus, the prerequisites for the emergence of professional football arose. Famous strong players not only ensured the victory in the match but also attracted a large number of their fans to attend the game.

This contributed to more ticket sales for the match. The year of legalization of professional football was 1885, and after 3 years the Football League appeared.

At first, it consisted of 12 clubs. But gradually their number increased. At first, teams from the UK dominated the others. But then, several decades later, the Prague, Budapest, and Sienese clubs became the first.

The International Football Federation was founded in 1904. This act was signed by representatives of seven countries. Gradually, other countries began to join it. Football was first included in the Olympic Games in 1908. Women’s football only became an Olympic sport in 1996. Football is the favorite sport for spectators these days.