Where To Travel in 2022: This year has been a year of new beginnings – as vaccines became available again in the spring and borders gradually reopened in the summer and fall, our travel calendars began to fill up. Now, as we look into 2022, it’s clear that our travel priorities have changed. We no longer just tick off destinations on a list but think about why we travel and how our actions will impact local communities while we are there.

This year’s list of top destinations reflects this change in mindset: we’ve grouped these destinations along some of our favorite travel reasons, from exciting culinary experiences to historic landmarks and new places to enjoy nature. We hope this will make it easier to plan your next big trip and help you choose from the 9 places to visit on our 2022 list.

Take a look at our selection of travel destinations to visit in 2022. 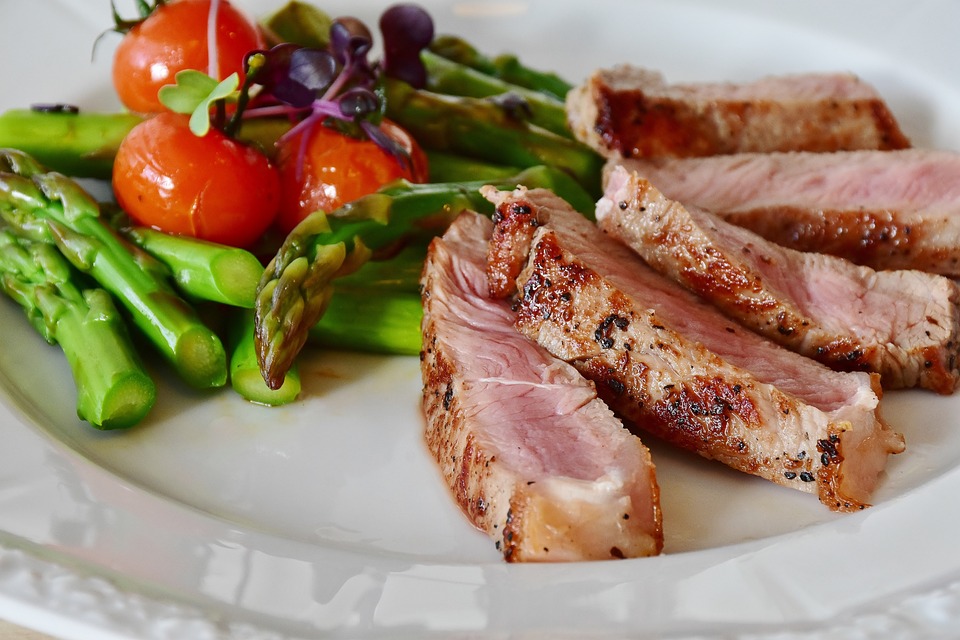 After the collapse of Yugoslavia 30 years ago, many of its constituent parts (Croatia, Slovenia, and Montenegro) became major tourist centers. But Serbia has remained in the background – until now. Belgrade has earned a reputation as a culinary hub, and soon the Michelin Guide will give the city stars for its cuisine, which draws heavily on Greek, Turkish, and Central European.

Notable restaurants include Langouste, led by chef Guillaume Iskandar, who received a Michelin star for his work at Garance, a Parisian restaurant. And the Salon 1905 restaurant offers a tasting menu of Serbian wines, proving that local truffles, cheeses, and meats can rival the best in Europe. 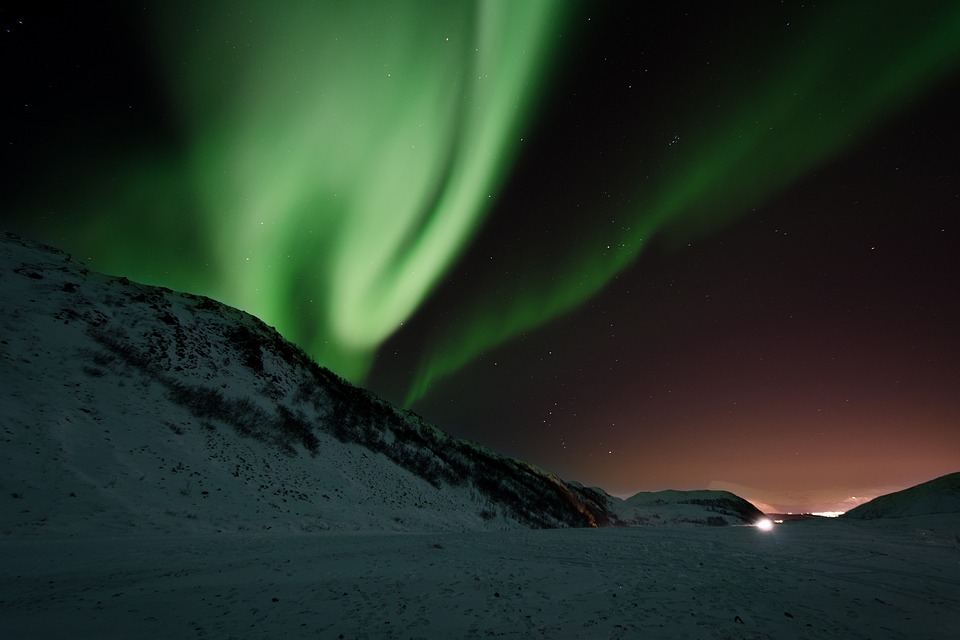 The fylke (province) of Trøndelag in central Norway has become a world-class culinary region in recent years. Diverse landscapes – forests, mountains, fjords, and fields – provide high-quality seafood, organic dairy products, and fresh vegetables that farmers sell in the local market and restaurants around the world. 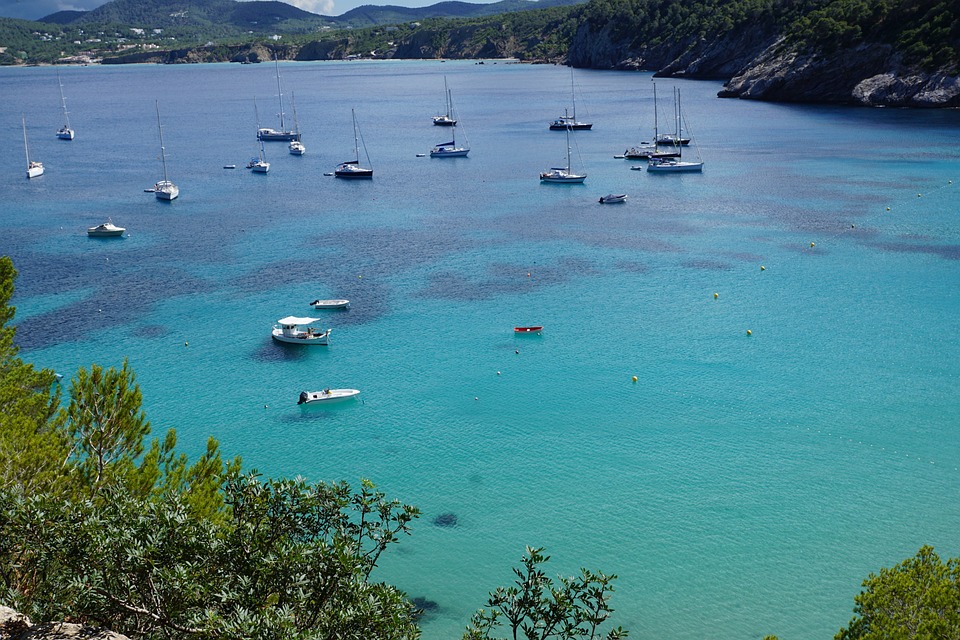 The rugged scenery, laid-back lifestyle, and Ibiza’s famous party scene have long drawn travelers to the sun-drenched shores of the Balearic Islands. However, in the past year, the archipelago off the east coast of mainland Spain has turned its attention to the arts.

The opening last summer of Hauser & Wirth Menorca – a new art center and the gallery’s newest international branch – was just the beginning. The building, located on the historic Illa del Rey in the port of Mahon, Menorca, houses an 18th-century naval hospital.

With eight galleries, a restaurant, a shop, a garden, and an open-air sculpture alley featuring works by Frank West, Louise Bourgeois, and Eduardo Chillida, the gallery puts the sleepy Balearic island on the international art map with acclaimed exhibitions, educational events, and sustainable initiatives. 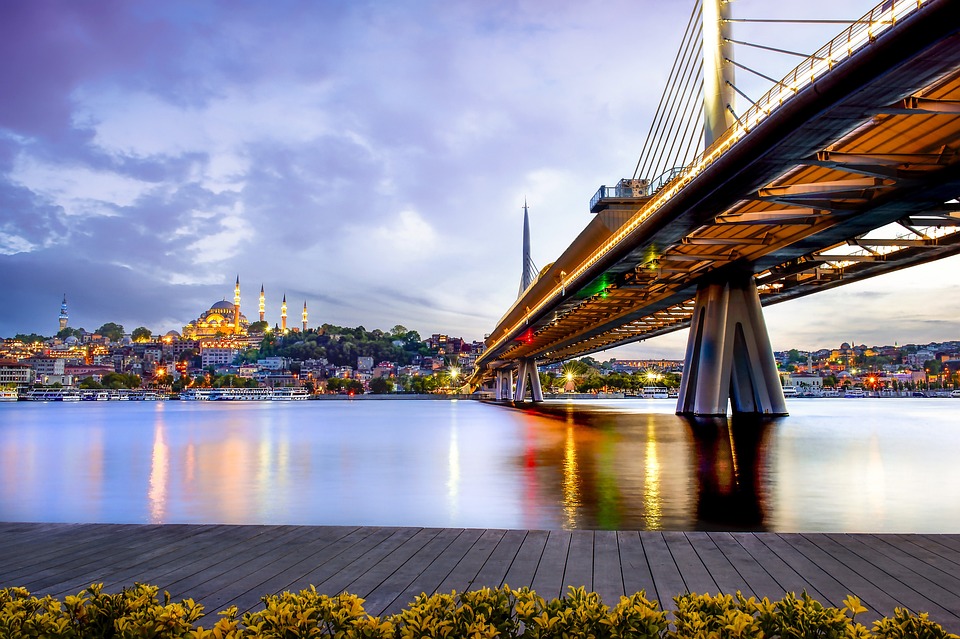 In 2022, the cultural scene of Istanbul will be at the center of world attention. Billions of dollars have been poured into urban renewal projects that are finally paying off.

Travelers can take the newly created Beyoğlu Cultural Route, a two-hour walking tour that connects many of the city’s new and restored attractions. Start at Taksim Square to see the newly built Taksim Mosque and the Atatürk Cultural Center, an architectural icon abandoned in the 1960s and meticulously restored. Walk along Istiklal Street to see the beautiful Atlas Cinema and the neoclassical Istanbul Film Museum before reaching the Galata Tower. 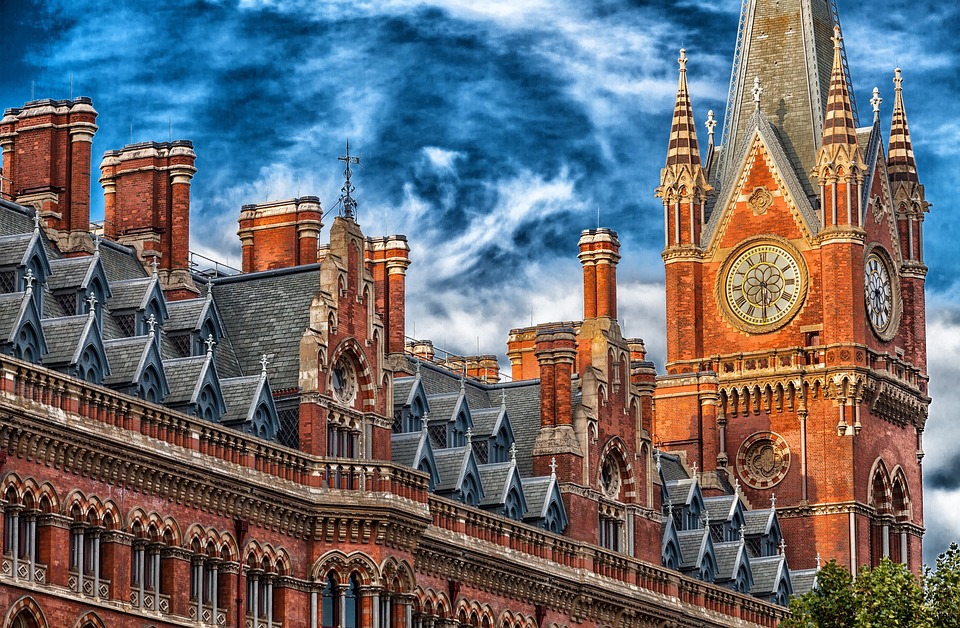 There will be a festive atmosphere in London in 2022 in connection with the Queen’s Platinum Jubilee, which will be celebrated in honor of the 70th anniversary of Her Majesty’s reign. Events dedicated to Britain’s longest-reigning monarch will range from solemn church services to festive celebrations.

The biggest celebrations will take place during the long weekend from 2 to 5 June, when visitors can take part in the Queen’s Birthday Parade (also known as Trooping the Color), enjoy the rides at Epsom Downs, and enjoy the carnival atmosphere at the Platinum Jubilee Pageant. 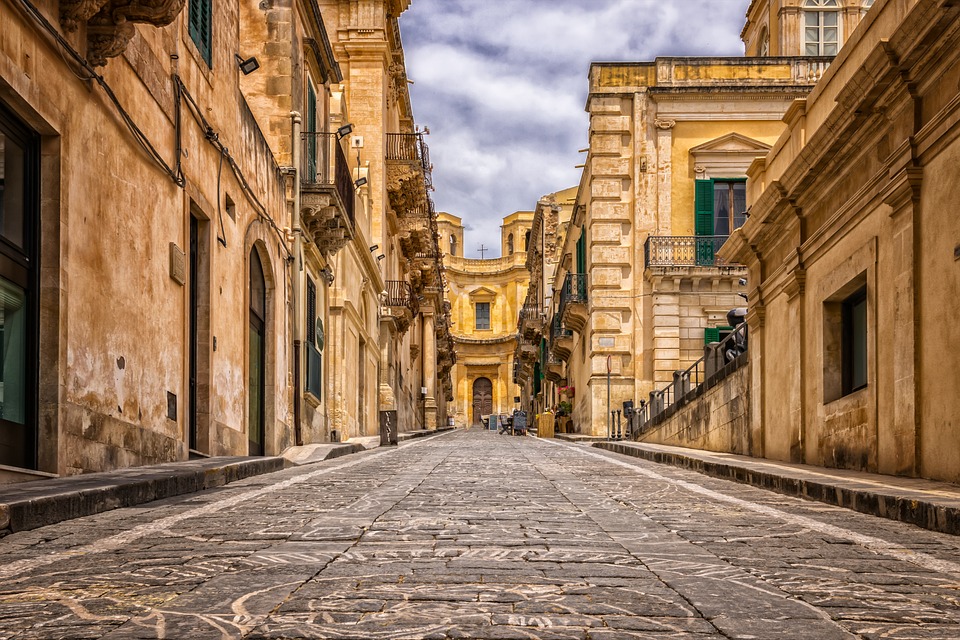 Last year, two luxury resorts were opened on the largest island in Italy: Villa Igiea in Palermo and Four Seasons on the east coast. Both resorts are impressive, but you won’t get the point of going to Sicily if you spend all your time there.

Think of these estates as an addition to a journey through the central part of the region, where traditions of leisurely living continue to exist – and are increasingly dependent on outside visitors to survive. 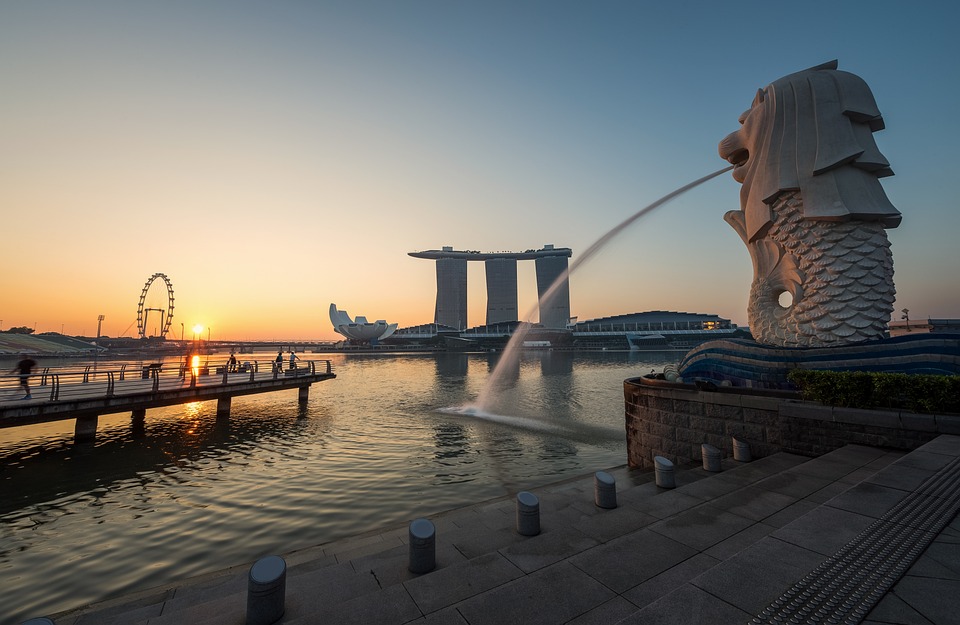 Singapore has been a magnet for leading professionals in finance, technology, and business for many years. Now, a 10-year effort to turn the republic into an environmentally friendly city promises to attract even more fans of environmental experiments.

Those efforts are already underway: at the new ABC Waters of Lake Jurong Park in western Singapore, visitors can explore 12,000 km² of artificial wetlands along graceful boardwalks that offer panoramic lake views and occasional sightings of otters, Malaysian water lizards, and tropical birds. 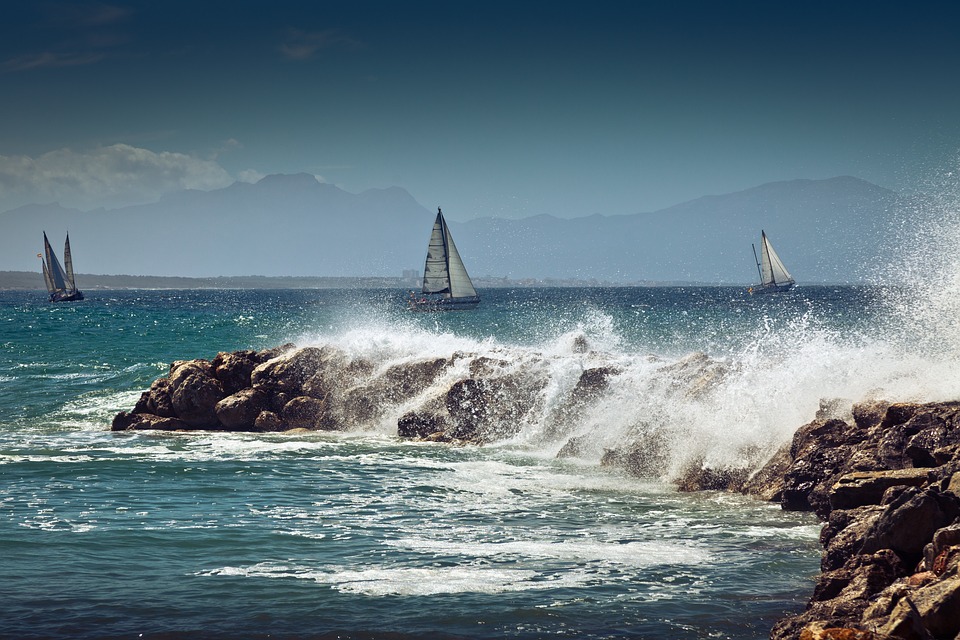 The island nation of Malta is a well-kept secret among European travelers. It is easily accessible, just an hour by plane or ferry from Sicily, and its crystal clear waters,  surrounded by petrified limestone cliffs, make it ideal for summer sunsets and year-round diving. There are at least 80 wrecks along the coast, which are maintained by the Department of Underwater Heritage.

The island is also culturally attractive as the old fortified towns combine Arabic, Italian, French, British, and Norman influences with cuisine, traditions, and language unparalleled in the region. After all, the island was inhabited as early as 5000 BC. Visitors can get acquainted with the historical past of the island in ancient megalithic temples. 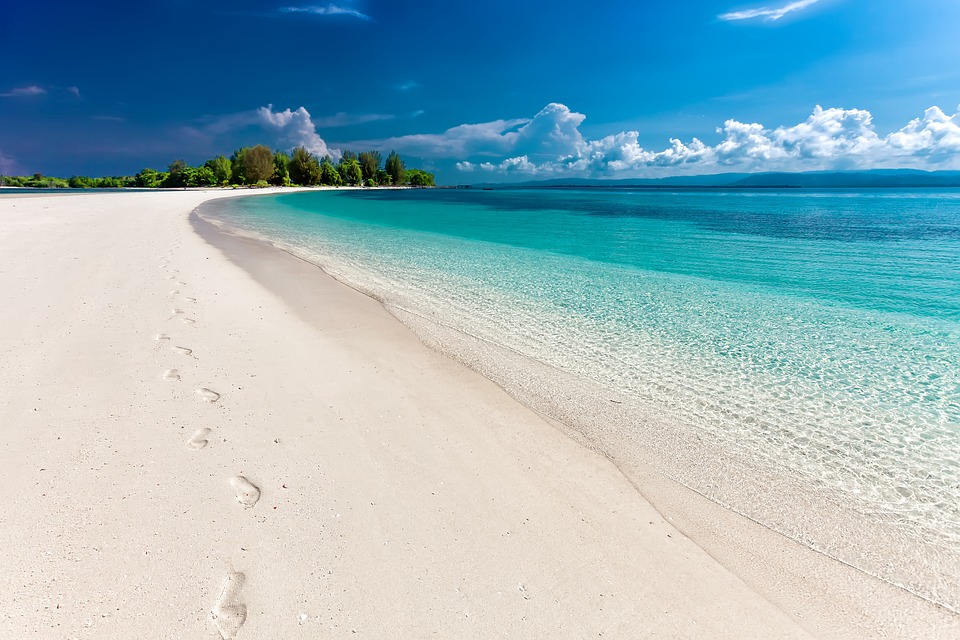 With millions of tourists flocking to Bali every year, it’s becoming increasingly difficult to find a quiet beach or waterfall without a crowd of camera clickers. If you’re looking for a post-pandemic trip to the quiet, untouched wilderness, the 50-minute turboprop flight from Bali to Sumba is your best bet.

The Coolest Places in The World

This remote island is about twice the size of Bali, but has fewer tourists and is often compared to Bali before its tourist boom.

Here, you’re more likely to share white-sand beaches with grazing sandal ponies, and curious dolphins will often be the only creatures you’ll ride the waves with. And there’s so much more to see: stroll through hilly villages frozen in time, swim in crystal-clear lagoons, and witness the Pasola, a ceremonial javelin throwing competition (not for the faint of heart) that usually takes place from February to mid-March.