Which is Better Gasoline or Diesel Engine: Diesel vs. Gasoline Among motorists, there is an eternal question: “which engine is better: diesel or gasoline?” Why is it eternal, because none of them is the best since the principle of ignition of the fuel mixture is different – each has a number of significant advantages and disadvantages.

Which is Better Gasoline or Diesel Engine

Principle of Operation of a Gasoline Engine

The main difference between a gasoline engine is the formation of an air-fuel mixture that forms outside the cylinders (if a direct fuel injection system is not installed).

After the mixture is formed, it enters the cylinder, where the air-fuel mixture is compressed to a heating state of 500-600 degrees Celsius.

After compression, it is the turn of the glow plugs, which spark and ignite the mixture. As you can see from the above, the principle is quite simple. It is not for nothing that such an engine is called an “internal combustion engine”.

The article below describes in detail the advantages and disadvantages of each type of engine.

In the USA, gasoline engines are more often used. The reason for this is the deeply entrenched stereotype of the “Soviet-era tractor diesel”, but at the same time, only a few people know that cars of the Soviet era, equipped with gasoline engines, were very widespread abroad and in the 70-the 90s of the twentieth century were constantly exported.
With all this, in Europe, about 50% of cars are equipped with diesel engines, and in Austria, all 60%.

Operation of Diesel and Gasoline Engines 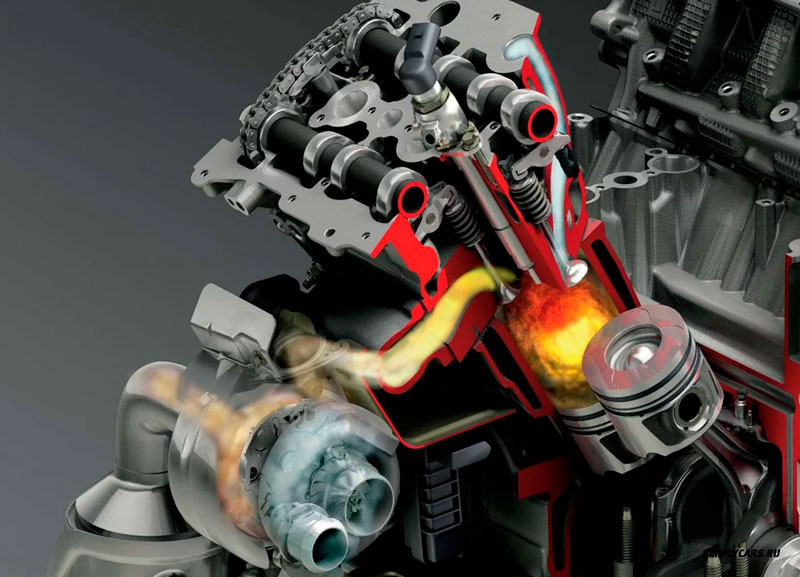 The Durability of Diesel and Gasoline Engines

It is generally accepted that gasoline engines are inferior to diesel ones in terms of reliability and durability. Here the question rests on fuel and its quality.

Indeed, all other things being equal and acceptable fuel quality, the gasoline engine is somewhat inferior in reliability.

It’s all about the design, the details of which in the gasoline engine are made more rigid, and, accordingly, do not allow the formation of the slightest backlashes between the contacting surfaces.

In this matter, the diesel engine again has an advantage – as you know, diesel fuel, in addition to its direct function, also acts as a lubricant.

Also, one should pay tribute to the gasoline engine in terms of finickiness – it survives operation on low-quality fuel better.

In the northern regions, the question is: “What is better diesel or a gasoline engine?” most often means frost resistance and the ability to quickly start at a temperature of minus 20-25.

10 Best Motorcycles in the World

At the moment, the frost resistance of both diesel and gasoline is approximately equal. This is due to the availability of grades of fuel and lubricants intended for operation in various climatic conditions (up to -60 degrees), while the prices for these types of fuel are not “space”.

If winter grades of fuel are not available, then the operation of a gasoline engine is preferable – it tolerates low temperatures better. As for the start-up at negative temperatures, the gasoline engine wins here, which is able to start without any problems even with a large minus.

However, the modern car market is rich in cars equipped with modern heaters that can “revive” any engine at any temperature in a matter of minutes. Plus, gas stations are replete with varieties of winter diesel fuel that do not freeze even at minus 50.

Hydrophobicity of Diesel and Gasoline Engines

This indicator is especially relevant for “deaf” areas. As you know, almost all military equipment is equipped with diesel engines. And for good reason. All diesel operation is based on mechanics and does not require the use of electrical circuits.

Electricity is needed only for the operation of instrumentation and the start itself. That is why the diesel engine is absolutely not afraid of water.

When it comes to gasoline engines, things are much more complicated. The gasoline engine will easily receive a water hammer, after which the engine will not be subject to restoration. Diesel is also capable of this “trick”, but only in one case – if water gets directly into the cylinders. 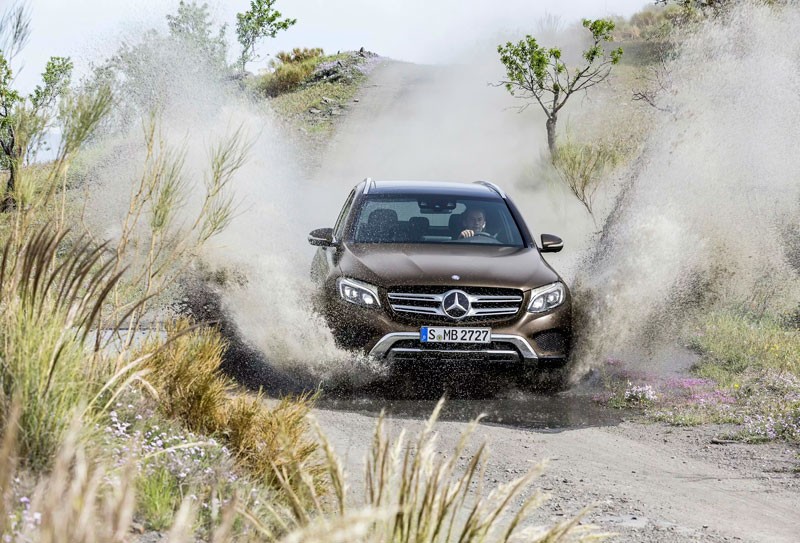 In our country, the stereotype of the Soviet T-150 tractor with a diesel smoking engine is still in the minds of people.

At the present time, the situation is exactly the opposite – diesel engines have better environmental performance compared to gasoline engines, which at the present stage are not so widespread in Europe.

Composition of Exhaust Gases of Gasoline and Diesel Engines:

The Efficiency of Motors and Their Power

Perhaps the most significant indicator that at least half of car owners pay attention to when choosing a car is engine power.

In this matter, there are several pitfalls that a buyer may stumble upon. It is generally accepted that gasoline engines, as a rule, are more powerful, since they have more “horses”.

This is fundamentally wrong. Therefore, there are more “horses”, because the power is less, or rather the efficiency. All other things being equal, the diesel engine has up to 40% higher efficiency due to the tighter compression of the air-fuel mixture in the engine cylinders (the compression ratio in the diesel engine is 2 times higher).

Also, thanks to the higher compression ratio, the consumption of a gasoline engine will be about 20% higher than that of a diesel engine.

Another circumstance that makes the choice in favor of a diesel engine is smooth traction even with low engine power.

Due to the higher pressure in the engine cylinders required for fuel combustion, diesel has a greater “noise” than gasoline.

But the owners of diesel engines should not despair – this problem can be solved with the help of high-quality sound insulation, besides, the operation of a diesel engine at idle, according to scientists, is similar to the rumbling of a cat, and such a sound, as you know, is pleasant to the ear and has healing properties.

Questions and Problems When Servicing Diesel and Gasoline Engines

Considering the “excellent” quality of fuel at Russian filling stations, the issue of servicing, both independent and at service stations, becomes “at the forefront”.

In this matter, a gasoline engine has undeniable advantages:

At the same time, setting the fuel feed angle is incomparably harder and requires professional skills.

THE FASTEST TRAINS IN THE WORLD

In terms of engine survivability, and, accordingly, resources, the diesel engine does not leave the slightest chance to its gasoline opponent. It is not in vain that you can still find Soviet MAZs, KRAZs, and similar equipment with diesel engines on the roads with a mileage of under 2-3 million.

Pros and Cons of Diesel and Gasoline Engines

So, in the last section of the article, you can summarize and list the main pros and cons of gasoline and diesel engines.

Pros of a Gasoline Engine:

Cons of a Gasoline Engine: 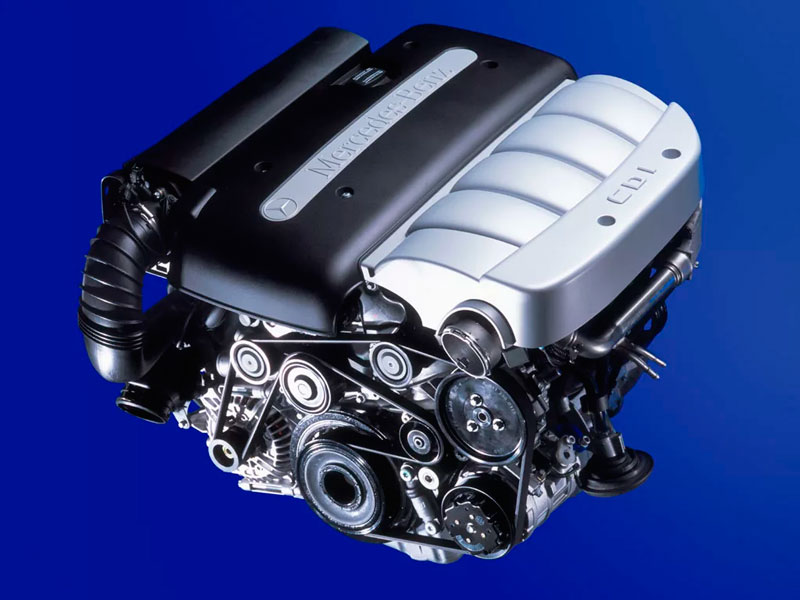 Pluses of a Diesel Engine:

Cons of a Diesel Engine:

Making conclusion, it can be noted that it is unambiguous to answer the question “Which is better: a gasoline or diesel engine?” hardly anyone will succeed.

The car enthusiast will choose which engine he likes best. Until the symbiosis of a gasoline engine and a diesel engine has been invented, the world will be divided into two opposing sides of fans of different driving and operating styles.