Why Do Dogs Attack Humans For No Reason

Aggression is an attitude of threat to another individual, which in the case of the dog materializes in grunts, bites, barks, and lunges.

It can occur between individuals of the same species that compete for the same resources: food, territory, and sexual partner or against individuals of another species for defense or competition.

Why Do Dogs Attack Humans

That is, animals use aggressiveness as a resource to ward off strangers who may pose a threat. However, being a gregarious species, the help of other members of the species is necessary to survive, so nature has been selecting those individuals capable of inhibiting their aggressiveness to establish modes of cooperation between the dogs of the same pack.

Far from disappearing, aggressiveness has been sublimated in ritual behaviors, which allow everyone to be put in their place without injury: greeting ceremonies, signs of calm and social hierarchy. During these rituals, the animals perform gestures similar to those of aggression, but without hurting themselves. 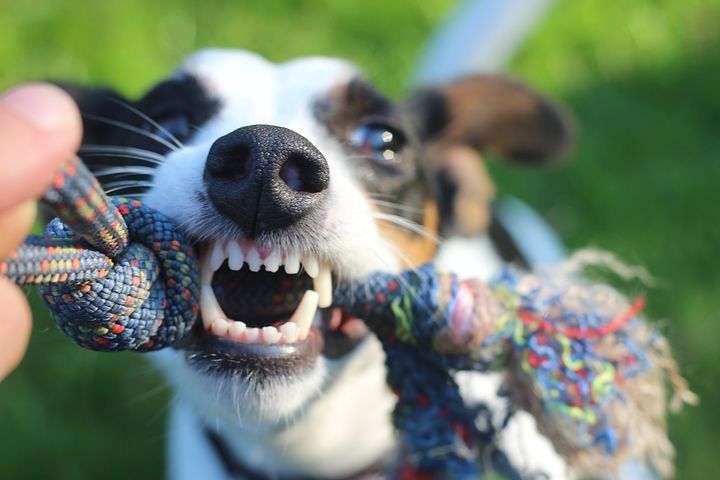 This brief summary allows us to identify the situations that will always need the ideal professional help for their correct resolution (Photo: Pxhere)

The signs of aggressiveness are usually very clear. An aggressive dog will act by showing his teeth to his opponent.

10 Strongest Dogs In The World

If he is also dominant, he will show self-confidence and will present raised ears, raised lips (lips), well-defined stop (nasofrontal depression), and fixed gaze. You will also adopt a position that makes your body appear longer and stiffer.

In contrast, a submissive dog is insecure, with flattened ears, retracted lips, narrowed eyes, and a less marked stop. It will crouch down to appear smaller and will eventually crawl on the ground.

If the aggressiveness becomes excessive it can become a problem and the dog will need to be properly trained to correct its behavior.

It is important to respect the hierarchy between them and facilitate access to the dominant position for the dog best able to occupy it.

15 fastest animals in the world

It may be because the dog is trying to climb positions in the hierarchy, or because it has already placed itself above a member of the family.

Dogs that are ascending show a greater number of aggressive attacks and these are more spectacular since they need to demonstrate their superiority.

Dogs that have already established themselves as dominant show fewer aggressive attacks, since they do not have to prove anything, but these are more dangerous. In this case, the dog will be aggressive when it sees that we do not respect the privileges it has acquired.

For example, if we try to kick them off the couch to sit on us, they will growl at us and If we allow it, the aggressiveness will progressively increase and there will come a time when they are the ones who rule the house.

Because they consider themselves leaders, they understand that we are the rule breakers and they show stronger and less ritualized aggression. 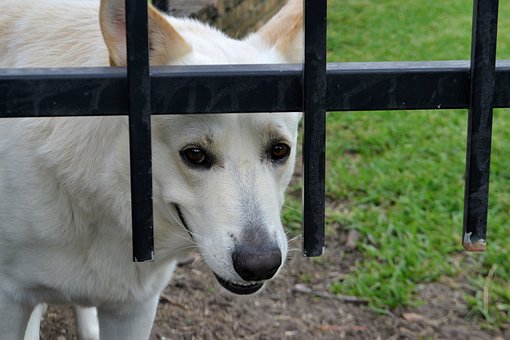 Possession of a resource can cause a submissive dog to show aggressiveness towards another superior in the hierarchy to defend it.

Aggression Due To Possession of Resources

Access to resources depends on the hierarchy, but the possession of a resource can cause a submissive dog to show aggressiveness towards another superior in the hierarchy to defend it. This type of aggressiveness is quite common and begins with warning signs, such as growls.

The defense of the territory is a frequent behavior in some dogs that, as in the case of sheepdogs or guard and defense dogs, have been developed to show a predisposition for the defense of territory and resources.

Mothers can act aggressively when they are with their young, especially if strangers approach. This aggressiveness is due to the fear that the puppies could be harmed.

The frustration of a strongly desired behavior generates aggressiveness, which can be discharged towards a target other than the original objective. That is, it takes place when there is a barrier that prevents the dog from unleashing its aggressiveness on its target.

If the dog deviates from the aggressiveness of the handler, consider the possibility of having to restore the hierarchy, since the aggressions tend to deviate towards submissive and lower-ranking individuals.

This short summary allows identifying the situations that will always need the ideal professional help for their correct resolution.

Share
Facebook
Twitter
Pinterest
WhatsApp
Linkedin
Previous articleSan Francisco Was Chosen as The Best City To Live in The World
Next articleWhat is The Bitcoins? How Do They Work? 10 Things You Should Know About Bitcoin